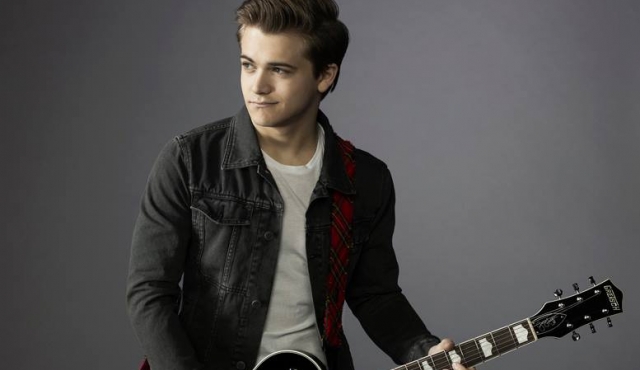 Hunter Hayes has joined the musical line-up celebrating the 75th Anniversary of the National Baseball Hall of Fame and Museum taking place on August 2, 2014 in Cooperstown, NY at the Clark Sports Center.

The Louisiana-born singer-songwriter and multi-instrumentalist will perform three songs at the concert event with the Boston Pops Esplanade Orchestra. Among his many accolades, Hayes’ 2011 self-titled debut album and new album Storyline have both topped Billboard’s Country Albums chart and three consecutive singles have claimed the No. 1 spot on the charts, including the multi-Platinum smash hits “Wanted,” “Somebody’s Heartbreak” and “I Want Crazy.”

“We are thrilled that Hunter, an incredibly gifted American singer, songwriter, and multi-instrumentalist, is joining the lineup to salute the National Baseball Hall of Fame and Museum during its Diamond Anniversary,” said Hall of Fame President Jeff Idelson. “Baseball’s best are referred to as five-tool players, because they can run, throw, catch, hit and hit for power. Hunter plays 30 instruments, writes, sings and is wildly popular. His music career is well on its way to the top.”

Produced by LGH19 Productions, musicians, baseball stars and celebrities from film and television will all come together for the 75th Anniversary concert event among the cornfields and rolling hills of pastoral Cooperstown, the symbolic home of baseball. Compelling multimedia will be featured during the two-hour concert, and more events are being built to compliment the live program as well as an on-going on-line charity auction currently taking place.

For more information on the silent auction and to reserve tickets today, please visit www.cooperstownconcert.com.