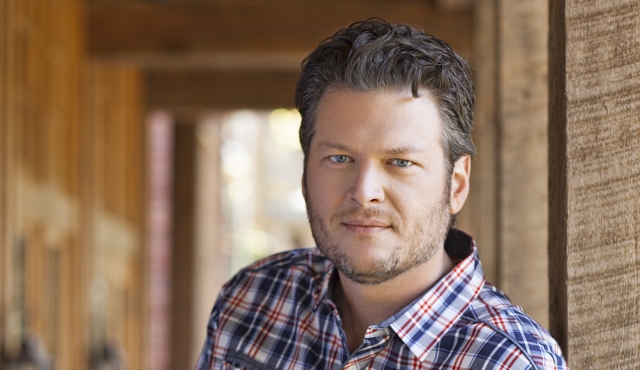 Award winning country superstar Blake Shelton has broken his own record and made history once again with his 12th consecutive No. 1 single “My Eyes,” featuring Gwen Sebastian. Marking the most consecutive No. 1’s in monitored country airplay history, “My Eyes” is his 17th No. 1 overall and fifth single off his Grammy-nominated album Based on a True Story….

Shelton made history earlier this year when “Doin’ What She Likes,” originally broke the record, as his 11th No. 1 single in a row. “My Eyes,” one of Shelton’s fastest rising singles to date, raced to the top of the chart in only 11 weeks.

Shelton is currently on the road on his Ten Times Crazier Tour 2014 promoted by LiveNation and sponsored by JC Penney and Pepsi. The tour launched a week ago in Austin, the namesake city of his very first No. 1 single. Dates on the tour include upcoming summer visits to Wrigley Field in Chicago, IL and Madison Square Garden in NYC, along with a fall visit at The Hollywood Bowl in Los Angeles, CA. A full list of Shelton’s “Ten Times Crazier Tour 2014” dates, featuring The Band Perry, Dan + Shay, and Neal McCoy, can be found here.