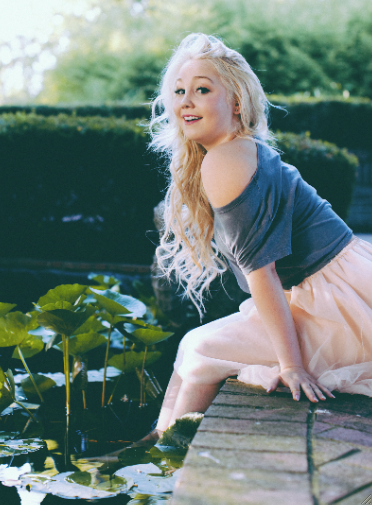 RaeLynn made a visit to the west coast earlier this week, and performed an exclusive acoustic set for fans at The Bing Lounge in Portland, OR with CMA/ACM Station of the Year 98.7 The Bull.  RaeLynn introduced several new songs to fans, including her debut radio single “God Made Girls.”

The country newcomer won the hearts of many on season 2 of The Voice, and she will no doubt win the ears of listeners on country radio with her new music. RaeLynn brings a much needed, refreshing new sound to the country music genre. Her unique vocals set her apart, and her personality radiates through her music. RaeLynn not only makes for a great fit in today’s country music, but also the future of country music.

Writing for her record over the past two years, RaeLynn performed several new songs that will be on her forthcoming album.  Her hard work is evident as each song she delivered was of substance and filled with emotion & passion.  In addition to “God Made Girls,” fans were treated to a fantastic set that include brand new songs such as “Careless,” “Kissing Frogs,” “Love Triangle” and “Young.” Each song stood out on its own and left a lasting impression.

2 replies on “RaeLynn Makes Impressive Debut On Her RAEdio Tour”