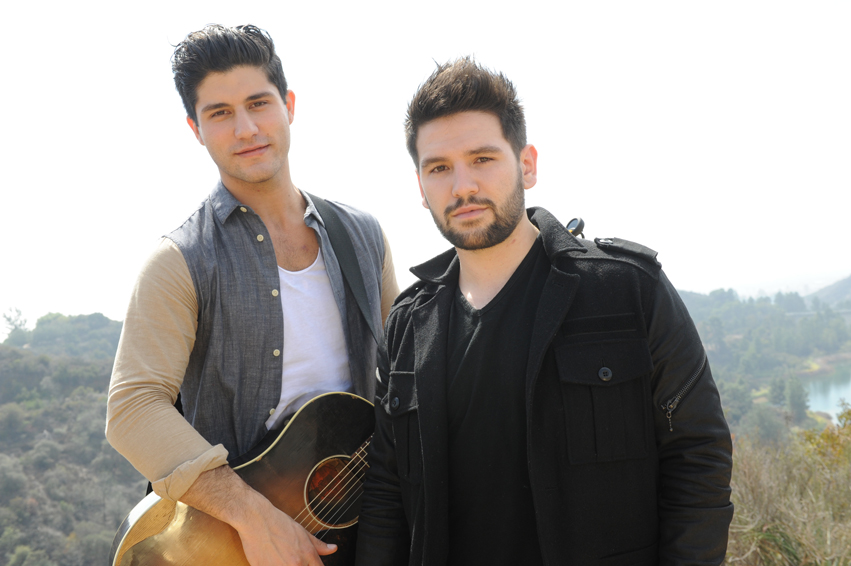 The pair are currently celebrating their first CMT Music Video Award nod for “Duo Video Of The Year“ for their gold-certified debut single, “19 You + Me,” while their new single, album opener “Show You Off,” was most added in its’ first week at country radio last week.

With an exciting No. 1 album debut of Where It All Began on Billboard’s Country Albums Chart, the breakout act became the only duo in SoundScan reported history to debut in the top spot with their first album on the Country Albums Chart. Dan + Shay are also the highest Billboard charting debut artists of 2014 and have impressively sold over 700,000 total tracks. People Magazine exclaimed “[Dan + Shay] make a pretty sweet soundtrack for your spring,” while USA Today called them “storytellers at heart,” with “sun kissed harmonizing and carefree delivery.”

The ACM Award Nominees have been on the road with Hunter Hayes this spring, stopping at iHeart Radio’s first annual Country Festival and Stagecoach before getting ready to join Blake Shelton this summer. A full list of tour dates can be found at DanAndShay.com (on-sale dates and times to be announced soon).