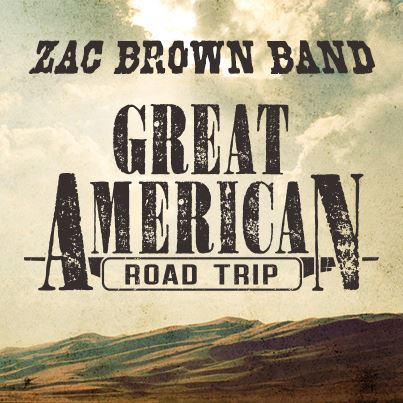 Zac Brown Band kicks off ‘The Great American Road Trip Tour’ in May, introducing ZBB’s new, eighth member Matt Mangano on bass. The tour announcement comes on the heels of ZBB selling out a two-night stand at Fenway Park without any support acts — a feat only accomplished by four other bands (Bruce Springsteen and the E Street Band, Jimmy Buffett & The Coral Reefer Band, The Police and The Rolling Stones).

Matt Mangano’s official addition to the band line-up might be news but fans of ZBB will recognize him from on-stage guest performances over the years and from his studio work on ‘The Grohl Sessions Vol. 1’ and ‘Uncaged’. Mangano was even a featured guest player on the band’s first live CD/DVD release ‘Pass the Jar…’ in 2010. Before playing with Zac Brown Band, Mangano toured as a guitarist with John Mayer and performed with singer/songwriters Darrell Scott and Dave Barnes.

Of the new line-up, Zac Brown said: “We’re always growing as musicians and challenging ourselves to bring new things to our fans. Hop is an amazing talent and I can’t wait for people to see what we’ve got coming for the live show.”