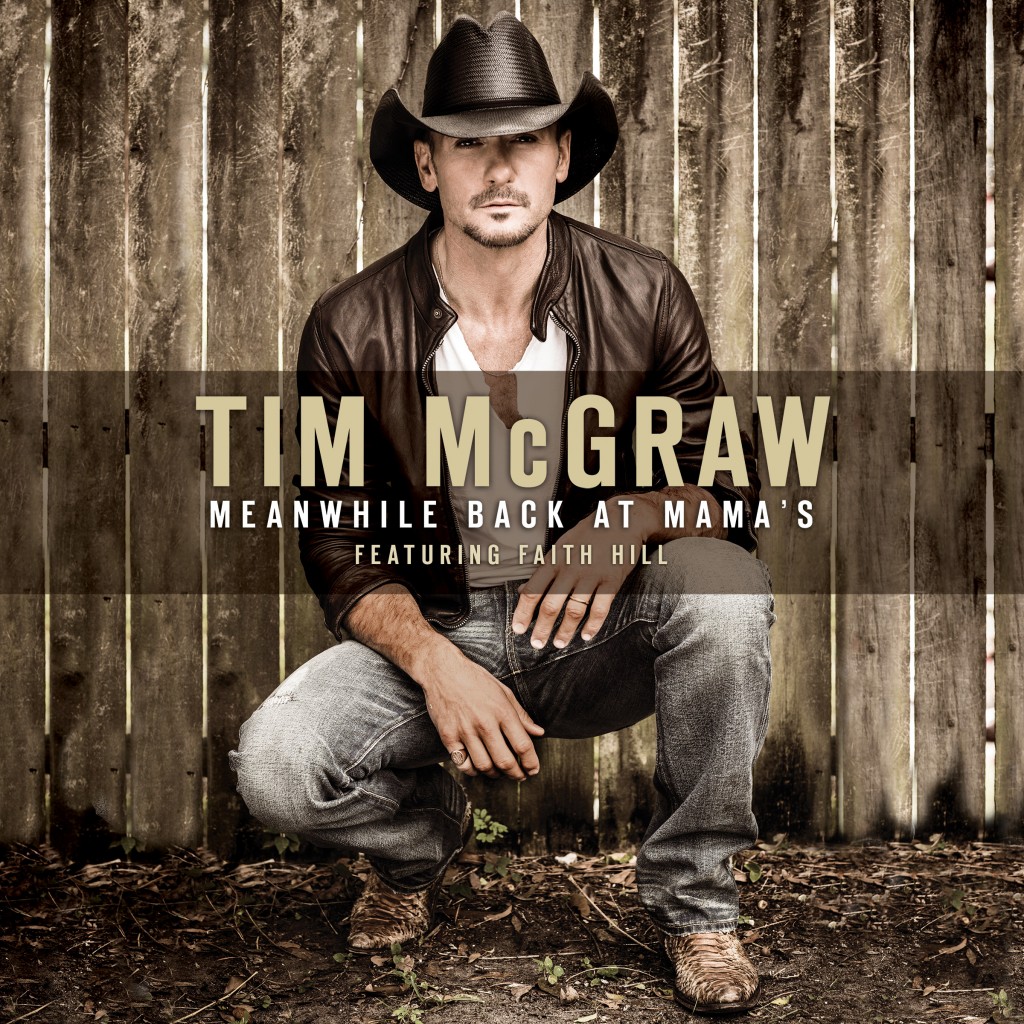 Superstar Tim McGraw’s iconic performance at the ACM awards of “Meanwhile Back At Mama’s” (featuring Faith Hill) sparked a ground swell from fans and radio prompting the release early Monday morning (4/14).  The nostalgic track reminisces on days gone by and is highlighted with the unmistakable voice of Faith Hill. The song is available at radio today and “reminds country listeners that back roads don’t always lead to tailgate parties.  Sometimes, they lead home.” (USA Today)

“The moment I heard this song I knew it was something I wanted to record, and I had a clear vision for how we would debut it on the ACM awards,” said McGraw.  “I love singing with Faith, and the warmth and beauty of her vocal really made this song what it is.  I love that country radio wanted to be able to play it!”

McGraw’s upcoming Big Machine Records album, SUNDOWN HEAVEN TOWN is set for release on Sept., 16.  As the march towards street date heats up, McGraw will be revealing new songs from the album through major primetime television performances and will provide fans with exclusive access to free downloads, first listens, behind the scenes looks, exclusive tour experiences, contests and more through www.countdowntosundown.com.

On May 8, McGraw will kick off his SUNDOWN HEAVEN TOWN 2014 TOUR bringing his “characteristically high-octane” (Billboard) show to over 30 cities.  Joining him for the summer run will be rising stars Kip Moore and Cassadee Pope.  For a full list of dates and to purchase tickets, visit www.timmcgraw.com.