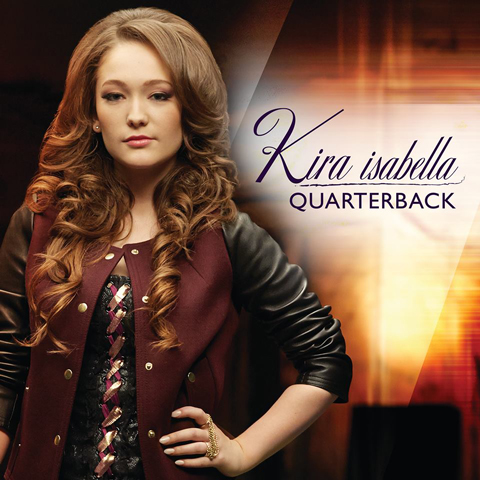 At the young age of 20 years old, the Canadian native addresses a serious issue with her bold new song “Quarterback.”  The song speaks volumes as Kira Isabella describes the story of innocence taken at a party after a football game. Her smooth vocals paint a vivid picture as she describes the no-name girl in the freshman class, who plays the trumpet and never had a drink before. A powerful message is conveyed throughout with strong lyrics such as, “She always heard that a girls first time is a memory she’ll never forget. She found out the hard way about love, when she saw those pictures on the internet.” Music is a powerful device, and Kira Isabella makes a relevant impact with “Quaterback.”

“Quarterback” will be heading to country radio soon.  Until then, pick up your copy today on iTunes by clicking HERE.