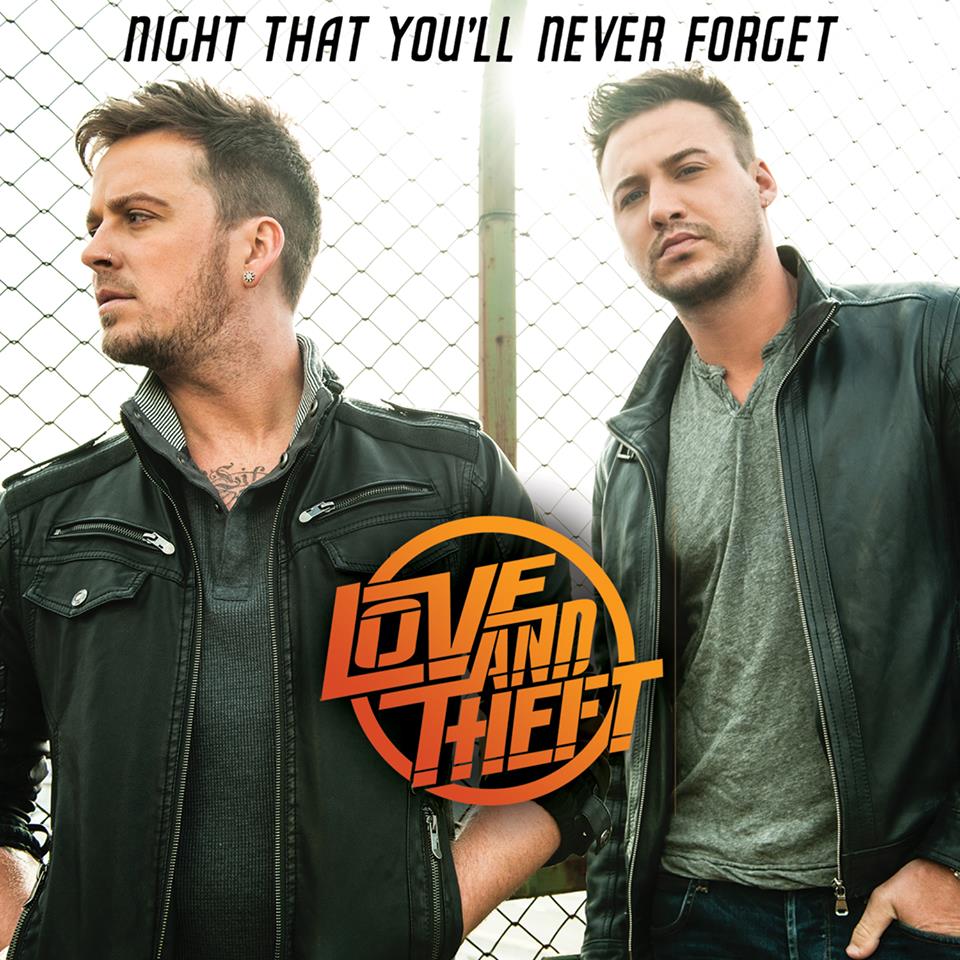 Almost two years since the release of their last album, Love And Theft’s  Stephen Barker Liles and Eric Gunderson are excited to celebrate the good times with the release of their brand new single, “Night That You’ll Never Forget.” Written by Dallas Davidson and Ashley Gorley, the song celebrates the unexpectedly fun nights that memories are made of.

It’s the first single from their upcoming sophomore RCA Records album. “Night That You’ll Never Forget” is available for purchase HERE and at all digital retailers.

“This is the first time we’ve ever had a party song at radio, but playing clubs all these years, we’ve had a few of these nights where you lose track of time celebrating,” said Stephen. “It’s a party song, but it has a cool, laid-back feel, added Eric. “We had a blast recording the song, and some of the RCA promotion staff joined us in the studio and sang on the chorus and it’s cool to have the people working the song singing on it,” said Stephen.

Fans can join in the fun and get the opportunity to be part of the “Night That You’ll Never Forget” lyric video by posting their own party selfies to Twitter and Instagram using the hashtag #LnTselfies.

Stephen and Eric may have a night they’ll never forget in Las Vegas as nominees for the ACM’s Vocal Duo of the Year. The show airs live from Las Vegas on Sunday, April 6 on CBS. In addition to the show, the guys will perform at the ACM Party For A Cause Festival on Saturday, April 5.