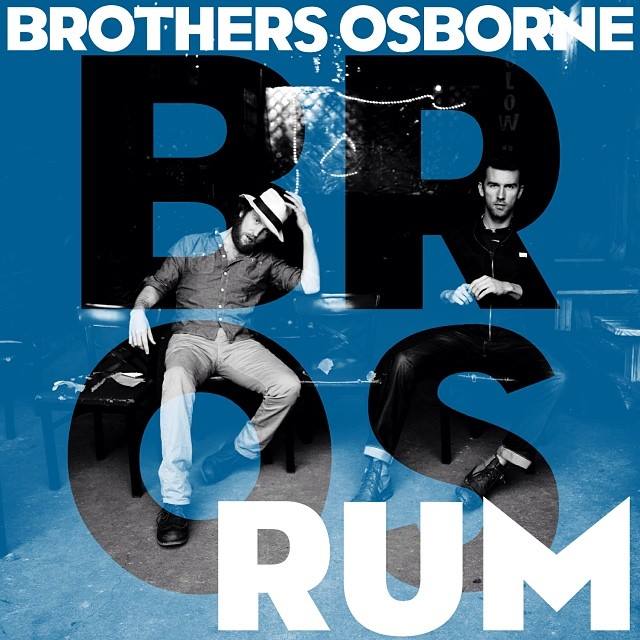 To learn more about Brothers Osborne and to hear some of the music that will make up their debut album, check out the video below.

“Rum,” the kick back, feel-good song from the Maryland natives, is a subtle reminder to take a moment, slow down, celebrate being with those you enjoy surrounding yourself with and create your own paradise; even if you are landlocked.

“Starin’ at the prettiest part of this powder keg world/Sittin’ with the finest example of a beautiful girl/If we hadn’t hit the brakes, we’d have no idea/Paradise was hidin’ right here”

Grab your copy of “Rum” from iTunes now by clicking HERE.

In a recent issue Country Weekly listed Brothers Osborne as one of their “ONES TO WATCH IN 2014” touting “If you like your country with a tablespoon of bluesy grit and a dash of roots rock, check out Brothers Osborne.” The country music staple goes on to say “These boys are far from subscribing to country-music trends – instead, they’re setting them.”

In late 2013 Paste Magazine listed Brothers Osborne on Paste’s “Best Of What’s Next” annual list touting “Like a more aggressive post-Americana guitarslinger/singer duo, a got-to-be-real country act, the pair offers the kind of kinetic chemistry that made Chris and Rich Robinson such a flint strikes rock spark in the Black Crowes.”

Perfect timing for “Rum” to hit the airwaves since Fans can catch Brothers Osborne at this year’s Rock The Ocean Tortuga Music Festival, April 12-13 in Fort Lauderdale, Florida.

Over 25,000 music fans attended last year’s inaugural event, set in the sun, sand and surf of Fort Lauderdale, Florida, raising over $70k for the Guy Harvey Foundation and other marine conservation organizations.