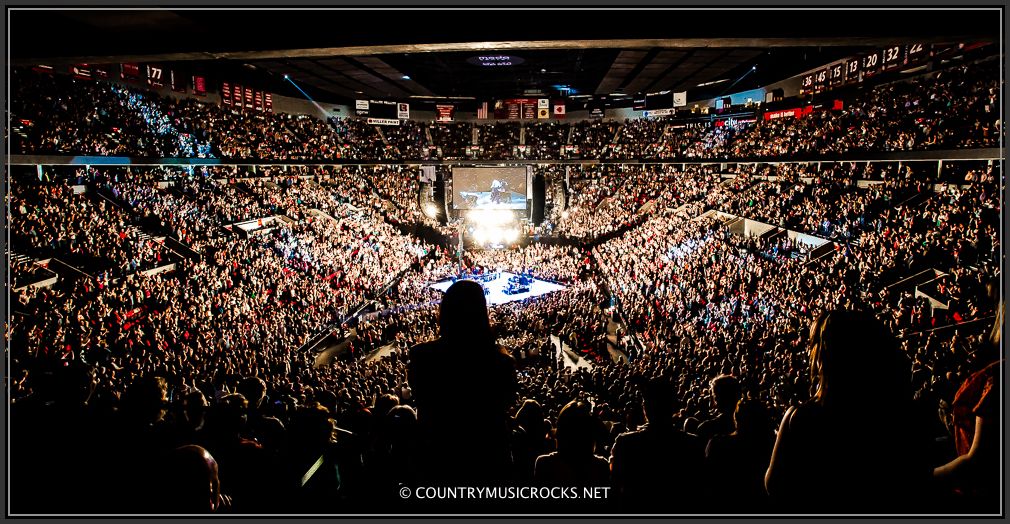 George Strait said his final goodbye to the Pacific Northwest this past weekend on his Cowboy Rides Away Tour.  The reigning CMA and newly crowned ACM Entertainer of the Year certainly did entertain on Friday (4/11) at the Moda Center in Portland, OR. 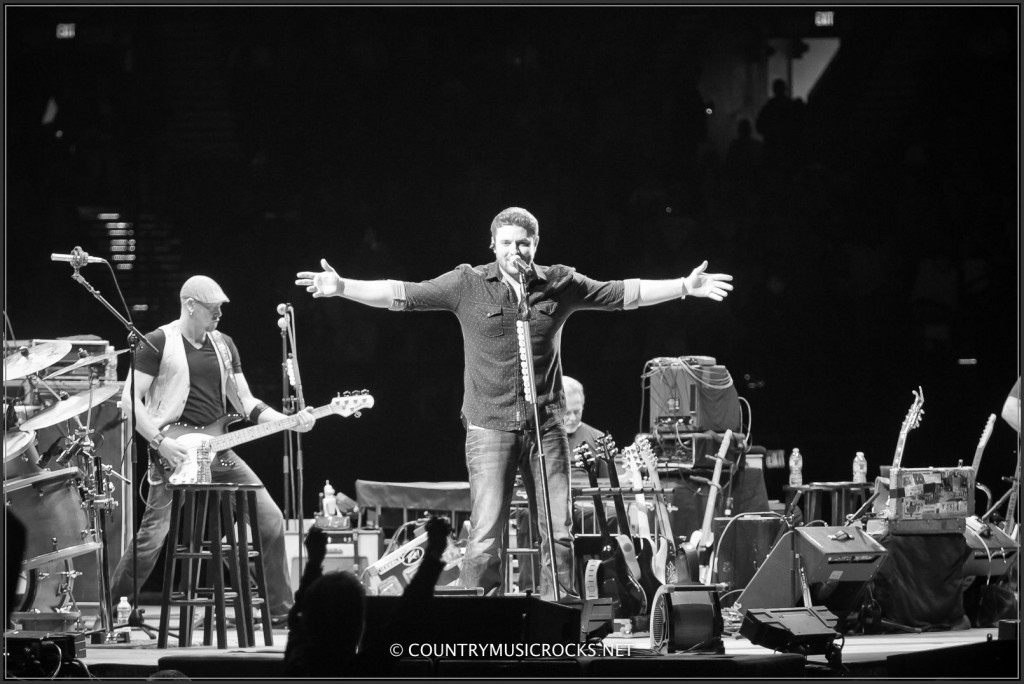 Chris Young set the tone for the evening opening up for The King of Country Music.  This was the first stop for Young on The Cowboy Rides Away Tour, and he did a fantastic job.  Working all four corners of the stage, Chris Young delivered an impressive performance with songs such as “Neon,” “Gettin’ You Home,” “Aw Naw” and many more, including his latest single “Who I Am With You.”  With his traditional country sound, Young makes for a great fit on out on the road with George Strait. 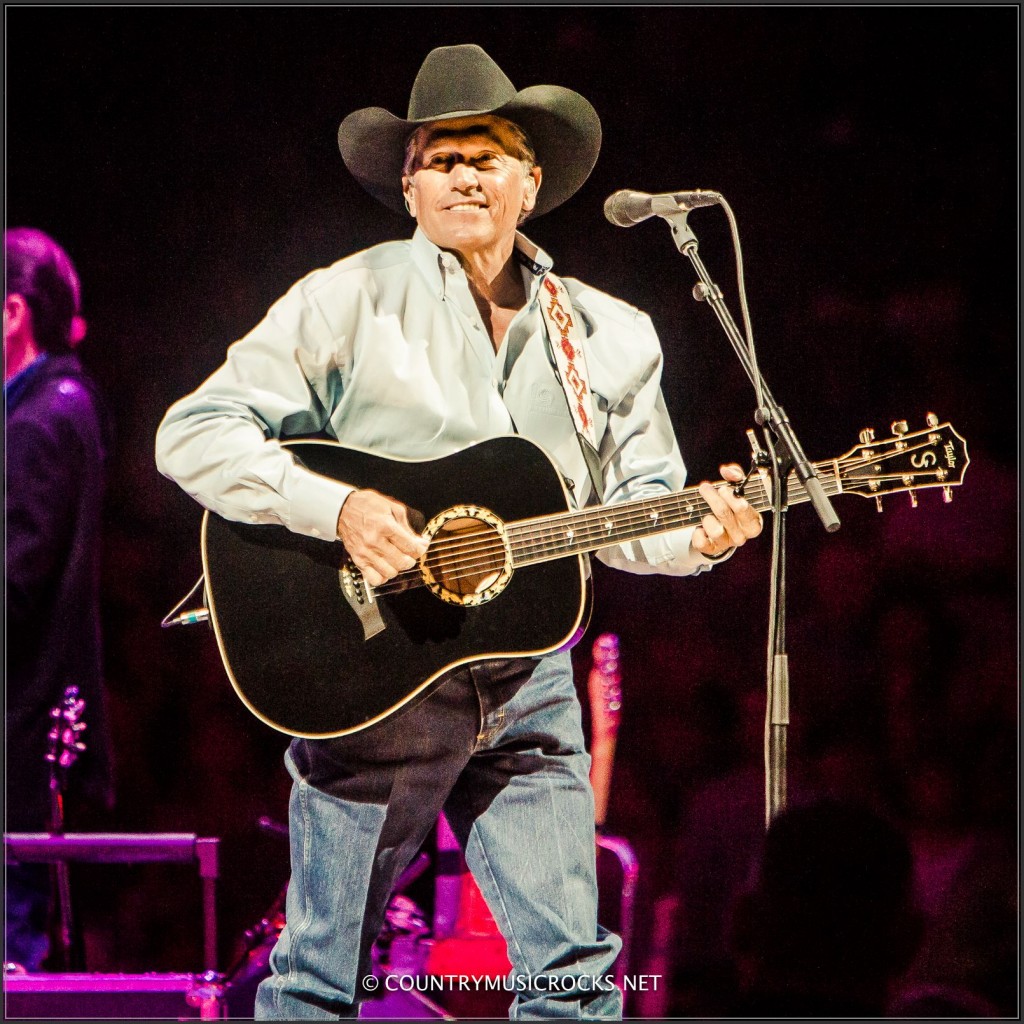 As George Strait made his way to the stage, the crowd was on their feet and ready to witness an amazing evening ahead in country music.  Strait opened his set with “The Fireman” and continued on throughout the night treating fans to his vast collection of music.  Performing hit after hit, such as “Ocean Front Property,” “Amarillo By Morning,” “Troubador,” “The Chair,” “All My Ex’s Live In Texas,” Strait made his way around the stage several times during the course of the evening. 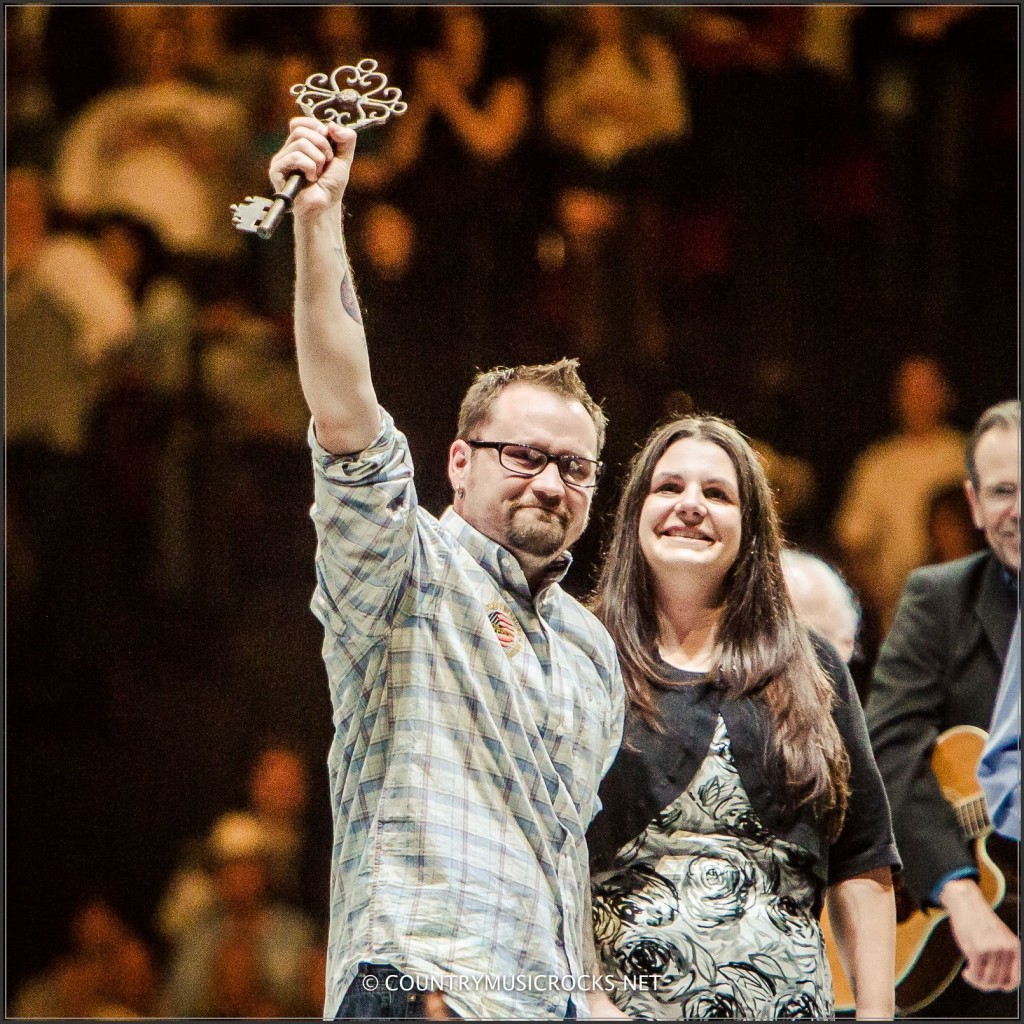 In addition to an amazing performance, a home was also given away. As part of the Military Warriors Support Foundation, the Home 4 Wounded Heroes Program awards homes to wounded soldiers in partnership with Bank of America.  A total of 1,500 homes will be awarded, and on Friday evening (4/11) a deserving warrior and his family received the 572nd home. Following this presentation, George Strait returned to performing with “Give It Away.” 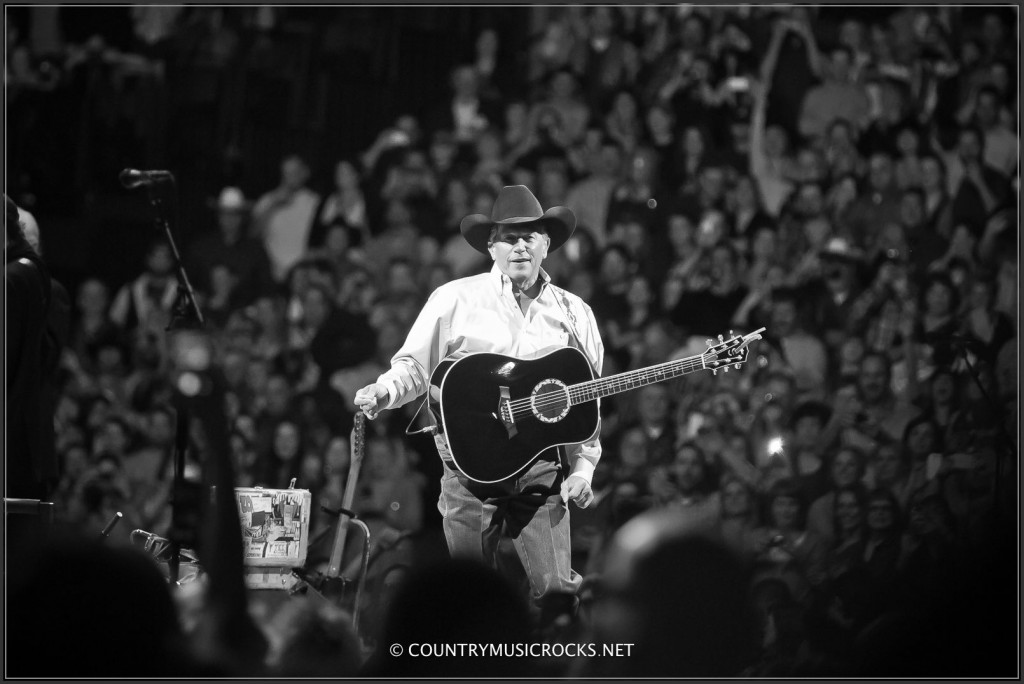 After 2 hours and 2o minutes, a 30+ song set list, including a 5-song encore, the last note was played at 11:20pm.  Strait closed his set with “The Cowboy Rides Away.”  It was definitely a moving moment as George stood at each corner of the stage, giving his final goodbyes and taking it all in. Thank you King George for the amazing ride over the years.

While this may be his last tour, Strait will continue to make great country music and that is something we can all look forward to.

There are only a handful of stops left on The Cowboy Rides Away Tour, concluding on June 7 with his final ride in Dallas, TX.  For a complete list of tour dates and ticket information, please visit GeorgeStrait.com/Calendar.