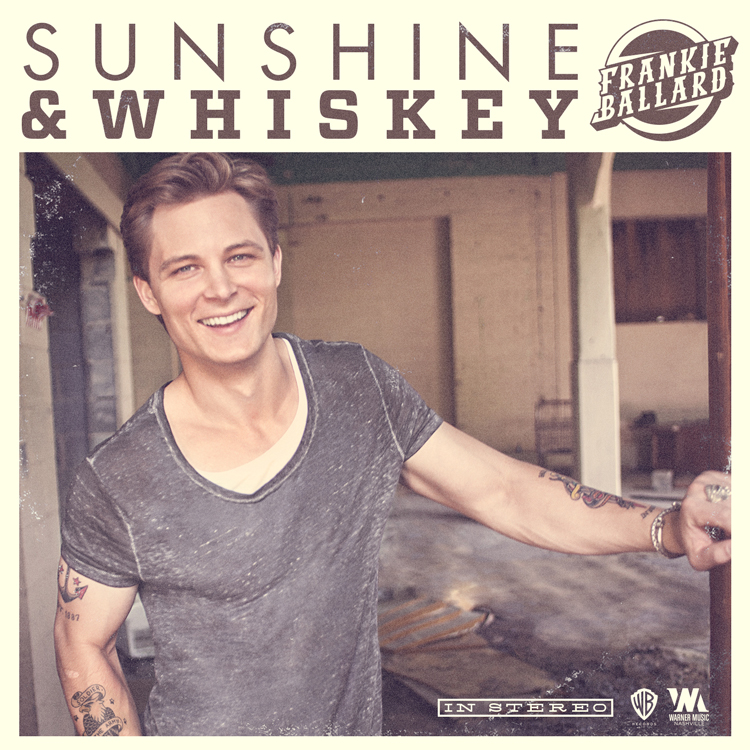 After scoring his first #1 smash with the top-selling ”Helluva Life,” Frankie Ballard is hitting country radio with his new single, “Sunshine & Whiskey.” The upbeat song is impacting just in time for summer.

Co-written by hit songwriters Luke Laird and The Cadillac Three’s Jaren Johnston, the song captures the fun, flirty innocence of summer love and serves as the title track for his current album.

”Man, it has been a crazy cold winter this year and I feel like we are all ready for a little sunshine & whiskey to warm us up,” shares Ballard. “From the first time I heard this song, I knew I had to record it and I can’t wait to share it with everyone!”

Ballard worked with producer Marshall Altman (Mark Broussard) on SUNSHINE & WHISKEY, which debuted in the Top 5 on the Billboard Country Albums Chart. The Warner Bros. Records project showcases his skilled musicianship as he laid down the guitar parts on all 11 songs.

The Michigan native is currently touring all over the country playing headline shows and will join Jake Owens DAYS OF GOLD Tour for select dates through the summer. His dynamic set has caught the eye of many publications, including Country Weekly, who described the singer as a true guitar hero, and added that Ballard exhibits an elegant supple style of playing rarely seen in these days of hard-rock country.