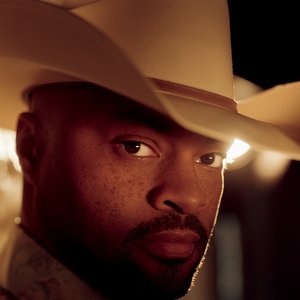 CountryMusicRocks (CMR): How would you best describe this collection of music on King of Clubs?

Cowboy Troy: In my estimation King of Clubs does what no other record does, and I say that in seriousness. Generally if you go to any country dance club throughout North America you will find that the DJ or the band will play your traditional Top 40 Country Music, whatever you might hear on the radio. But during that last 15 minutes of the hour, the DJ will play everything from straight up rap & hip-hop, to rock-n-roll, to electronica dance music. What King of Clubs does is, it is geared and designed to fit that last 15 minutes of the hour for the DJ where they are looking for either some rap or dance or electronica, and what it does is provides that for the DJ from a country music fan’s perspective.  If you listen to King of Clubs, it’s got all your boom and your pop and your dance and your beats music to it, but it’s also got your guitars, electric guitars, and also your fiddle, the banjo, and all your country instruments combined in it. So what it does is it provides that particular music for the DJ to provide to the crowd, but from a country music fan’s perspective.

CMR: So it’s say that the album title, King of Clubs, relates to the club circuit?

Cowboy Troy: Yes, it is safe to say that. And the fact that I spent many hours in country dance clubs since the early 90’s. When I talk about what I see in clubs and when I talk about the music and the combinations used in clubs, it’s because I spent years and years hanging out in them listening and watching what’s been going on all these years, and knowing this is what the formula kind of is. It’s been that way and it hasn’t really changed.

CMR: Tell us a little about the recording process for this album and did it differ from your past experience?

Cowboy Troy: The first few albums that I’ve done there has been a different process. Generally the way it’s been done here before has been me sitting down with 1 or 2 people on each song, and then we write the song, and then we figure out the music and all that stuff. Whereas on King of Clubs, the songs, many times, were written by several people. More than just 1 or 2 or 3. There’s some songs that I have that has 4 maybe 5 writers on it because I wanted to make sure it was a team effort.  When there is a team effort involved in something like that, and the more people you bring involved, are the more people that take ownership of the project and they feel like ‘hey you know what, I’m proud of this project because I helped do this on that particular song, or I helped do that on this particular song.’ It was more inclusive as opposed to just hanging out and just writing all the songs by myself, or try to get maybe 1 or 2 people to do the songs with. I think people were a lot more receptive this time around.

CMR: What was one of your favorite moments recording the album?

Cowboy Troy: Favorite moment for me was when we actually got started. Well there was a couple of moments, when we got started and when we finished because I knew the thing was completed and ready to go. The fact that we started recording the album, that was a big deal for me. This is my first major label album since ’07.  I had an indie record that came out in ’09, but it was a different style of music for the most part.  This was my first major label record in seven years, ’07 was the last one with Black in the Saddle. So when this came out, seven years later I’m like ‘hey this is cool!’ It’s great to be back on a major label again and back at Warner Brothers where got my start. It’s a really cool feeling to know that we are doing this again, and we are going back at it and having a good time with a different and fresh perspective on it. Having seen some things through a different set of lenses as an indie artist, and then coming back & working again with a major, it is a really cool feeling.

CMR: You have a strong friendship with guys in Big & Rich.  How have they influenced and impacted your career?

Cowboy Troy: I’ve known John Rich 21 years and I’ve known Big Kenny 17 years, long before the music business. I’ve been friends with those guys forever. Without them actually bringing me out and bringing me along on their first record, which was released in 2004, without that I would’ve never gotten an opportunity to showcase what I’ve been doing, and then the fans would never know who I was on a national level. Maybe on a regional level back home in Texas where I’m from. Those guys brought me out and put me on the stage in front of a national audience, and also got me an opportunity to work with Tim McGraw.  Without them going to bat for me, nobody in Nashville on Music Row would’ve known anything about what I was doing. And from there, nobody would know on a global scale because now, because of Big & Rich, I’ve been able to tour all over the world. It’s really cool for them to have done that and I really do appreciate that.

CMR: If you could relive one moment in career, what would it be?

Cowboy Troy: There have been several moments that stick out. I would say June 11, 2004, Virginia Beach, VA. That was the first show we did, we were opening for Tim McGraw. It was Big & Rich and they brought me out as a surprise guest.  That was a big deal for me because when I heard the roar of the crowd after they first introduced me, it was a big rush for a guy like me. Up to that point, I had just come out of working at a Foot Locker in Dallas as an assistant store manager. So from going to being ‘that guy’ to being the guy in front of 15,000 people and having them cheer for you, that was a big deal. Also when we got to open for Kenny Chesney in Seattle, that was a big deal.  It was a sold out crowd in 2006. It was a huge, huge show and a really rowdy crowd. When we got to my part of the performance, they’d bring me out to sing “I Play Chicken With The Train,” the entire stadium was screaming “I play chicken with the train” during the choruses and I enjoyed that. I can remember that same summer opening for Kenny Chesney in Tampa, John Rich and Gretchen Wilson presented me with a Muzic Mafia ring so that moment sticks out in my mind when it comes to stuff like that. May 19, 2005 I appeared on Jay Leno. That sticks out – a lot! Those are some of the moments that stick out to me at the top of my head.

Cowboy Troy: I’m really looking forward to getting out on the road. We’ve been touring since January. Usually we don’t start touring until  May.  April or May is when we really start gearing up and usually do maybe two shows a month up until then. This year we’ve been running since January doing both solo shows and Big & Rich shows.  It’s been a lot of fun. I think up to this point, we’ve had a good run so far this year and I’m looking forward to having more & more opportunities to greet the fans and let them hear the new music, shake hands with them and take pictures with them. People are really gravitating towards what the new project sounds like. King of Clubs is a really fun record.

CMR: If there was one thing you could convey to fans about you & your music, what would it be?

Cowboy Troy: That my music is a fun, energetic type of music. It’s something that people around the world are letting me know, via the miracle of Twitter and Facebook, that they really enjoy it. I’ve had people hit me up on Facebook from Australia and people hit me up from England on Twitter, and letting me know ‘dude we really love your music!’ People in Canada and all over the US really gravitated towards it and it’s kinda cool that I’ve had an opportunity so far to continue to entertain them. The music is fun and energetic, and something that people can really get into.

CMR: Country Music is consistently evolving and growing. What do you love most about this genre?

King of Clubs is available now and is a must have for your music collection.  Pick up a copy at a retail store near you or online at iTunes HERE.