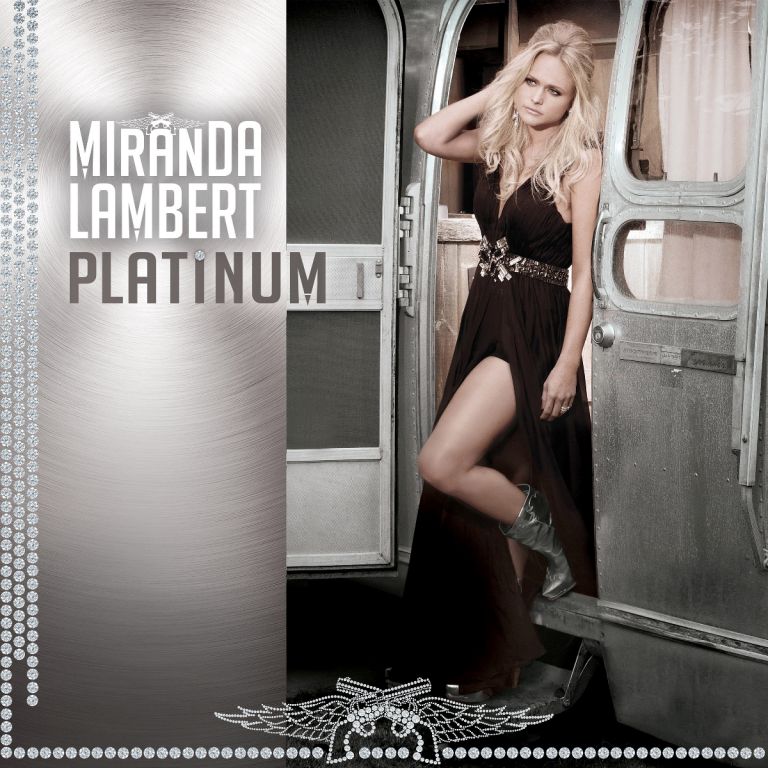 Add Miranda Lambert’s upcoming album to the many good things that are Platinum. Set to release June 3, Platinum is not only a song on the album but it also represents a  way of life for her. “Platinum is my hair color, and my wedding ring, and the color of my Airstream and the name of one of my favorite beers,” she said. “It’s about a lifestyle.”

Miranda, who wrote half of the album’s 16 songs, described the album like a picture. “All 16 songs together make up a picture, and without one of those songs, it just looks like abstract art,” she said. “I wanted it to be perfect; I wanted it to matter,” she continued.

“There’s humor on this album, and nostalgia, and it’s feminine,” said Miranda. “There’s girl power, not in the ‘I’m gonna burn your house down and kill you, but more where I am as a 30- year-old woman and wife. I’m more settled in life, embracing the good and the bad, and that’s all reflected on Platinum.  I still blaze around – but in a less chaotic way,” she laughed.

Of the album, Sony Nashville Chairman/CEO Gary Overton said, “Platinum is Miranda’s best album yet!  When the album was finished, she asked us to live with the new music for several weeks before we started talking about single choices, marketing ideas, etc.  She knew how special this album is and wanted us to ‘hear’ it like she did.  All we could say was ‘Wow!’”

“Automatic,” the first single from Platinum, got off to a historic start for Miranda. It was her highest-charting first week at radio, debuting at #35 and #26 respectively on the Country Aircheck and Billboard country airplay charts.  The song currently resides inside the Top 20. Written by Miranda, Nicolle Galyon and Natalie Hemby, “Automatic” is available for purchase HERE and at all digital retailers.