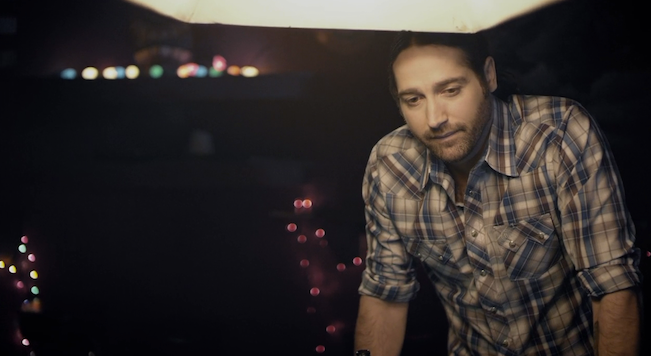 Show Dog-Universal Music recording artist Josh Thompson has released a brand-new video for his current single “Cold Beer With Your Name On It.” Directed by Chris Hicky, the video tells the love story of a guy missing a girl who has left their small town to try to make it as an actress in Hollywood.  Does she choose to stay in the glitz of big-city life, or does she eventually return home to him?  Tune in to find out!  The video was filmed in Los Angeles as well as Mickey’s Tavern in East Nashville.

Thompson has also unveiled a brand-new online store which currently offers 100 packages for purchase that include a t-shirt, autographed Turn It Up CD, an autographed wireless speaker, camouflage earphones, and two meet & greet passes.  Quantities are limited and available on a first come, first serve basis here.

Turn It Up hits stores everywhere on April 1st and features ten brand-new tracks, nine of which were co-written by Thompson.  Josh is currently on the road with his buddies Justin Moore and Randy Houser on the Off The Beaten Path Tour, which wraps at the end of this month.