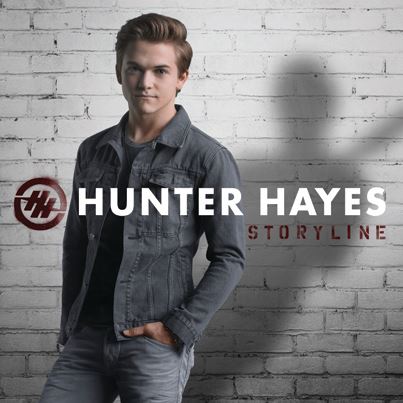 With over 8 million singles sold, a platinum-certified debut album and multiple award wins and GRAMMY nominations including one for Country Album of the Year, Hunter Hayes will release his brand new album, Storyline, on May 6 which is available for pre-order now on HunterHayes.com and iTunes.

Every track on the album was again co-written by Hayes and co-produced by Hayes and Dann Huff, this time featuring guest musicians including his touring band as well as legendary steel guitar player Paul Franklin (Bakersfield). The highly anticipated follow-up to his record-setting debut features the smash hit single, “Invisible,” for which Good Morning America will feature a sneak peek of the brand-new music video on March 12 on ABC.

Immediately following, this powerful piece will air in its entirety making its world premiere in a monster roadblock across CMT, MTV, VH1, Nickelodeon, Palladia and Clear Channel Media and Entertainment platforms as well. The video will stream exclusively across HunterHayes.CMT.com, iHeartRadio.com and more than 120 Clear Channel county station websites, along with the newly launched CMT Artists App for iPhone.

Hunter will head out March 20 on his “We’re Not Invisible Tour,” presented in part by ConAgra Foods’ Child Hunger Ends Here, who is donating the monetary equivalent of one meal to Feeding America, up to 1 million meals** for every download of “Invisible” on iTunes. With special guests Danielle Bradbery from NBC’s Emmy award-winning show The Voice and Warner Bros. Records new country duo, Dan + Shay, the “We’re Not Invisible Tour” comes on the heels of Hunter’s sold-out “CMT On Tour: Let’s Be Crazy Tour” which wrapped this past December to much critical acclaim.