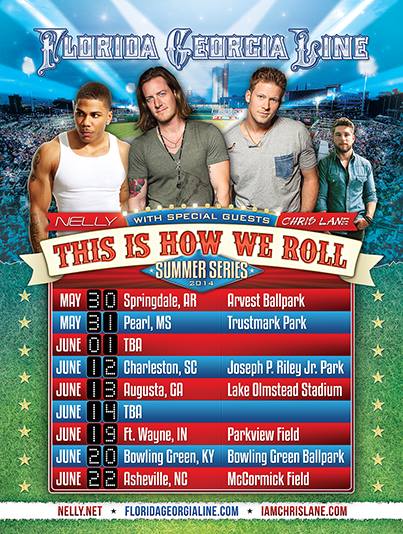 As announced across social media earlier today, reigning ACM New Artist of the Year Florida Georgia Line will turn up the heat with their headline run — THIS IS HOW WE ROLL SUMMER SERIES 2014.

“Last year we played the ballpark in Lexington, Kentucky and it was an epic night,” says Brian Kelley. “We thought how fun would it be to hit several of these and bring the good times to the field!”

Tyler Hubbard adds, “Summer can’t get here fast enough. Having Nelly and Chris along for the ride is going to make for one big, outdoor party!”