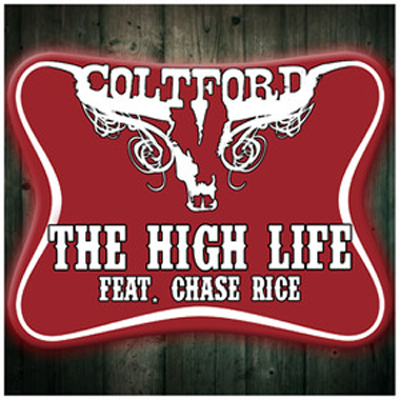 Country Star Colt Ford will take over SiriusXM’s “Music Row Happy Hour! With Buzz Brainard,” on The Highway Channel 59, Tuesday, March 18, at 6pm ET and exclusively premiere his new single, “The High Life,” featuring Chase Rice. Fans can only hear the new single by tuning in to SiriusXM, and can immediately download the track on iTunes.

Simultaneously, Ford will announce his “Thanks For Listening” campaign designed to thank fans for their support by giving them an opportunity to send in their names for inclusion in the upcoming album credits.  Ford’s new album, “Thanks For Listening,” is set for release this summer.

Written by Colt Ford, Chase Rice, Zach Crowell, Chris Cline and Jesse Rice, “The High Life” sings of regular folks having a good time and enjoying the blessings of life. Remaining true to an era gone by, the allure of the high life lives on today.

“The Highway has been a champion of both Colt and Chase, individually,” stated Tony Morreale, VP Promotion/Marketing AJE. “When we heard this song, it was obvious – we had to roll with the Highway.”

“Chase actually played me the song the day he cut vocals on it. Coincidentally, five minutes later I got the song from Colt and it was game on,” said John Marks, SiriusXM Senior Director of Country Programming.

Colt hits the road this summer on select dates on Toby Keith’s “Shut Up and Hold On” Tour. For tour dates and additional information, visit www.ColtFord.com.