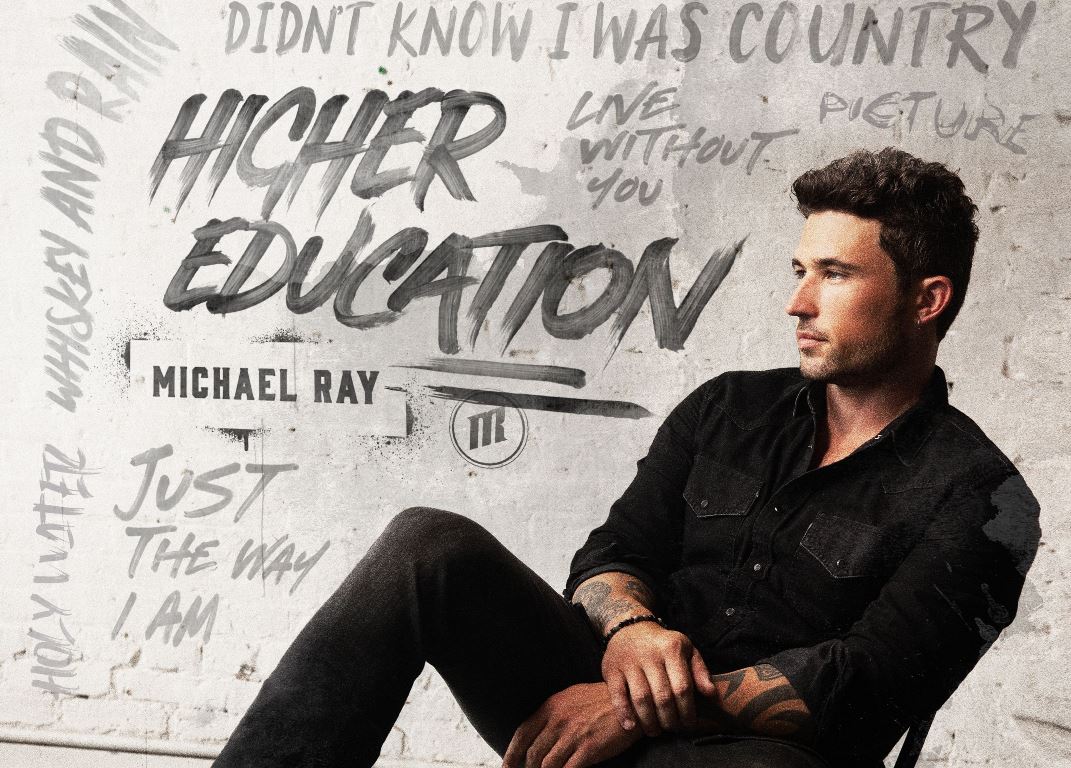 At age 8, Michael Ray’s grandfather Amos taught him his first guitar chords. It wasn’t long before he joined his family’s band The Country Cousins, performing on stages in rural Florida, then setting his sights on playing the honky tonks and bars of his hometown and beyond, just like his heroes he discovered watching his grandfather’s old VHS tapes of the Grand Ole Opry.

“I read the Waylon Jennings’ books and I watched the Loretta Lynn documentaries,” Ray shares. “I did all this ‘research’ and thought, ‘Okay this is how they did it. They got in their cars and went bar to bar, fan to fan. That was the only thing I knew about breaking into the music industry at the time. So that’s what I set out to do, and thanks to some of my ‘professors’ in Eustis, I was able to breakthrough in a similar way.”

Now, after garnering over 1 billion global streams, over 650,000 album equivalents, over 100 million YouTube views, three No. 1 hits and five RIAA Gold-certified singles, Ray has essentially earned his doctorate in country music, and that knowledge is shared through this seven-song collection Higher Education.

“It feels incredible to finally have these songs out there,” shares Ray. “I’ve already felt even closer to fans as they sing back to me onstage every night. It lets me know that songs like ‘Whiskey And Rain’ and ‘Picture’ resonate with them, just as they resonated with me when I first heard them or began writing them.

“There’s nothing better than music to make you feel less alone, to get you hyped up for a good time or as a soundtrack to reminisce on the past,” Ray continues. “I hope this album opens the door to fans to help them feel like they know me better not only as an artist but as a person too.”

Written by Tim Montana, Derek George, Jeremy Bussey, Monty Criswell and Frank Rogers, and produced by Ross Copperman, Ray is joined by Lee Brice, Billy F. Gibbons, Tim Montana and Kid Rock on one of the first songs recorded for the album in the fall of 2020. The title track is a defiant and rebellious anthem about going through life, learning a lot along the way, and coming out of it stronger, having let it change you without hardening you.

They all said I wouldn’t amount to nothin’
But I know a thing or two ‘bout a thing two
Ain’t gonna tell it all but I’ll tell you something
There’s a lot of things that they don’t teach in school
I got my higher education
Good ole boy, bad reputation
School of hard knocks with a 4.0
Learning how to rock, learning how to roll

Catch Ray on the road with his Just The Way I Am 2021 Tour as it continues on Sept. 2 in Wichita, Kan., before wrapping in the fall at the Tortuga Music Festival. Tickets are available at MichaelRayMusic.com.