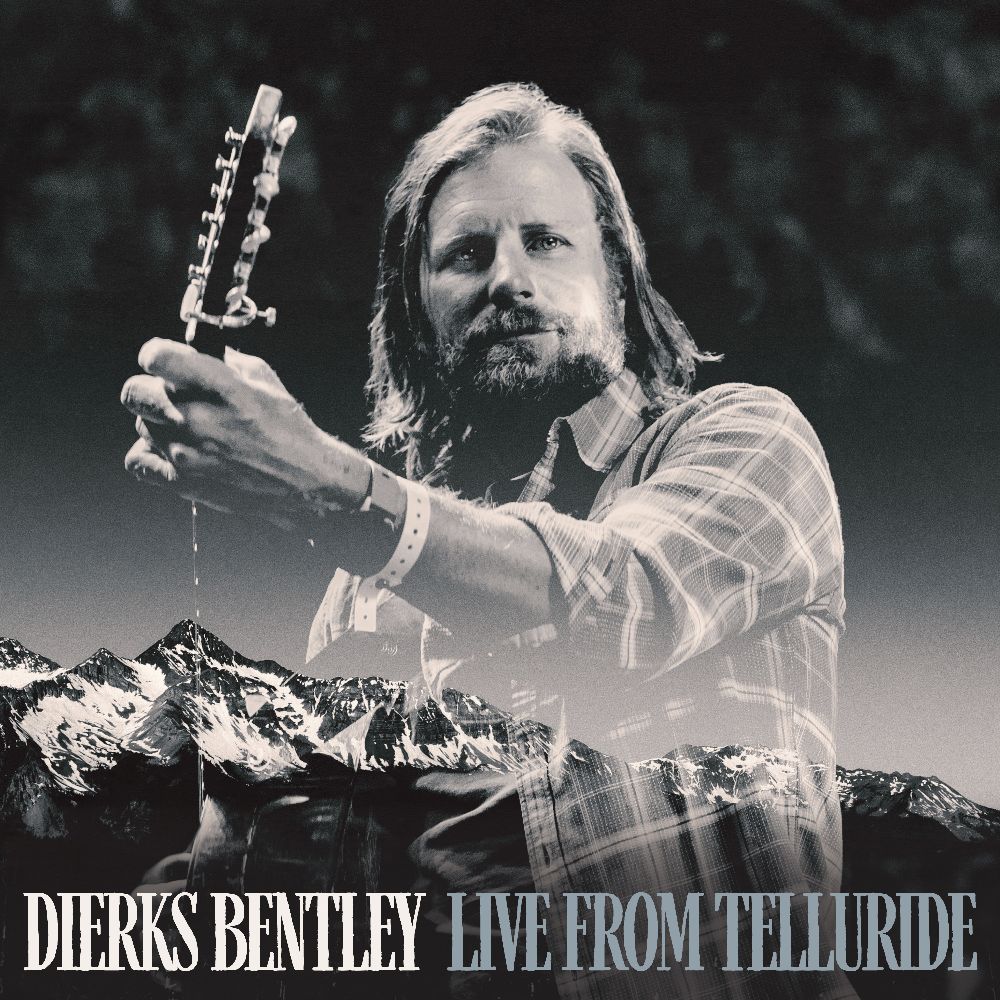 Following multi-Platinum singer/songwriter Dierks Bentley‘s set last month at the 48th annual Telluride Bluegrass Festival, he is releasing LIVE FROM TELLURIDE, available now. Known to “expose his many Country fans to the joys of bluegrass” (Bluegrass Today), he tapped The War And Treaty for their powerhouse vocals throughout, had multi-​instrumentalist sisters Larkin Poe join the band for the entire set and enlisted legendary grasser Sam Bush.

The LIVE FROM TELLURIDE EP recorded during Bentley’s performance is now available at all digital platforms here.  See a backstage clip of “Pride (In The Name Of Love)” here: https://youtu.be/jAkFktejD_s

“This really was a once in a lifetime show for me. Getting to play at my favorite festival…with some of my favorite musicians and performers…in one of my favorite places in the world…felt like a dream,” Bentley said. “Luckily this dream was captured on tape and I can go back and relive the way it felt that night whenever I want.”

Dubbed one of “Country music’s most adventurous artists (Billboard),” in 2010 Bentley formally shared his love of Bluegrass with the release of the critically acclaimed album UP ON THE RIDGE. He has continued to help fans experience his love of the West, capturing “the natural beauty of the Colorado mountains” (USA Today) with his most recent chart-topper THE MOUNTAIN, where it was written and recorded.

Bentley will headline many of this summer’s biggest festivals across the country before venturing on his 2021 BEERS ON ME TOUR with specials guests Riley Green and Parker McCollum, launching Aug. 13th at Salt Lake City, UT’s USANA Amphitheatre.