Curb Records Country star DYLAN SCOTT announces his 2019 headlining NOTHING TO DO TOWN TOUR. Kicking off January 17 in New York City and featuring 17 dates in total, Scott’s second headlining run will feature rising talent Seth Ennis as the opening act. The NOTHING TO DO TOWN TOUR promises to showcase his electrifying live performances – honed over five years of non-stop touring which have seen the Louisiana native go from singing in small clubs, to his first headlining tour in 2017, to playing for over 250,000 screaming fans this year alone.

“This has been such an incredible year for me filled with non-stop touring, and seeing the great response from fans and radio keeps me going,” shares Scott. “I’m thankful to live this dream every single day and am really excited to be back on the road for the NOTHING TO DO TOWN TOUR. On this run, I’ll get to perform at some really cool venues in all different cities and I’m pumped to bring my buddy Seth Ennis along for the ride.”

Tickets for DYLAN SCOTT’s 2019 NOTHING TO DO TOWN TOUR go on sale Friday (9/21) at dylanscottcountry.com. 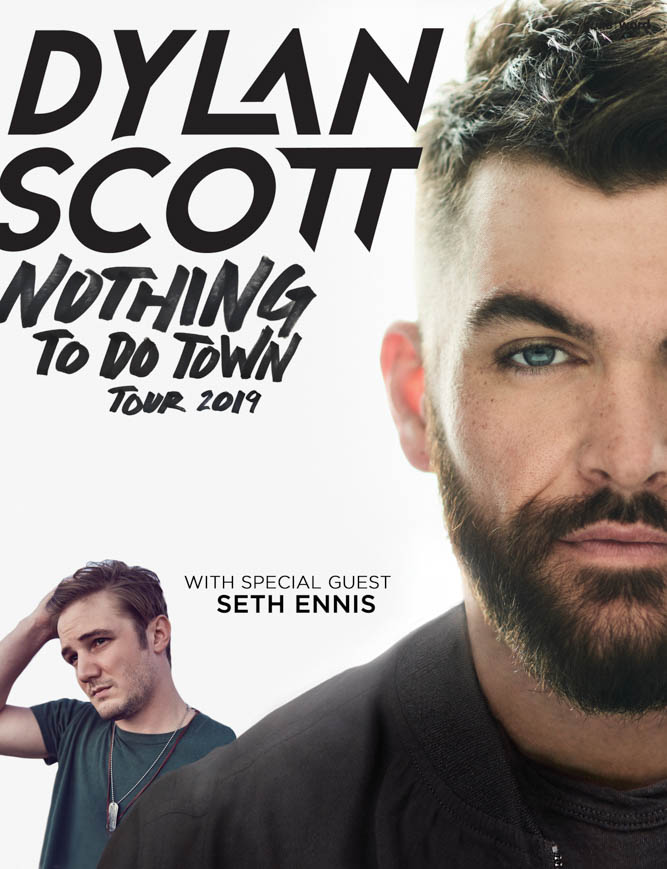