Trent Harmon sat down with Good Morning America co-host Lara Spencer yesterday morning to exclusively reveal YOU GOT ‘EM ALL will be released everywhere May 18.

Featuring eleven songs – several of which he co-wrote, including the hit title track – Trent’s debut album on Big Machine Records was recorded in Nashville alongside producers Jimmy Robbins and Scott Borchetta. Pre-order on TrentHarmon.com will be available in the coming weeks, but fans can preview the lead single now HERE.

“It is surreal that this moment is almost here,” said Trent. “My album is two years in the making, and it was worth every minute. I’m grateful to have taken the time to write songs, which was never something I had never done before. The fact that I have been able to make this album so personal is very special to me.’ 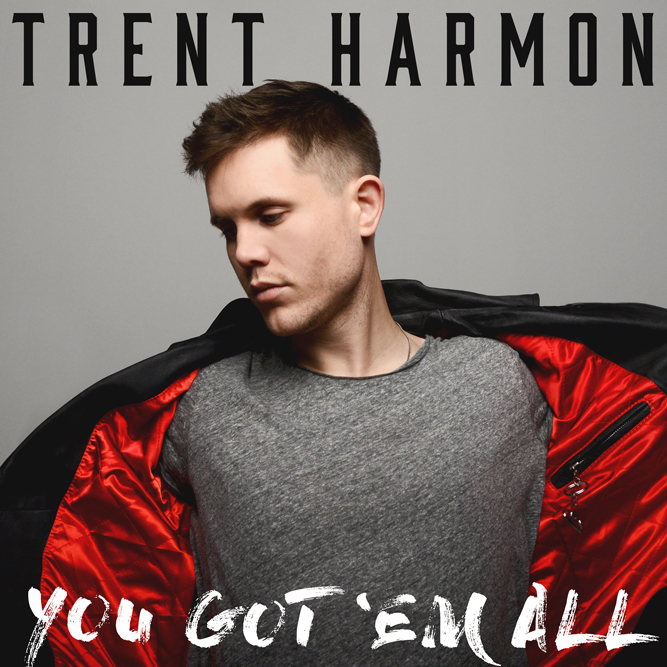 As the reigning American Idol, Trent also spoke about his experience on the show and offered advice on how to navigate the pressures of competition.

“The hardest part of the show is not knowing what comes next,” expressed Trent. “You just go out there and perform the best you can, but it is hard to prepare when you don’t know what lies ahead. It is so exciting but also nerve wracking.”

Trent will share music from the new album on his headline dates throughout the summer in addition to select shows on tour with Country superstars Rascal Flatts. He will perform during CMA Fest in Nashville in June. For more information, visit TrentHarmon.com.