Formed in Dripping Springs, Texas, Midland hearken back to the vocal-forward, honky-tonk sound of Country music of the Seventies and Eighties, a time also when an artist’s personal style – colorful suits, tailored denim and well-worn hats – dovetailed with the music. But Midland aren’t throwbacks. Instead, as NPR’s Ann Powers described the band, they’re “revivalists,” putting their own spin on a classic sound and, in the process, making something old relevant again.

The songs of ON THE ROCKS range from lush Urban Cowboy anthems to loose desert campfire jams. Lead single “Drinkin’ Problem” – now certified GOLD – was written by the trio with Shane McAnally and Josh Osborne and provides Country music with the definitive drinking tune of 2017. “Make a Little,” a rollicking love song, soars with the brotherly harmonies of Wystrach, Duddy and Carson, while “Something on the Wind” recalls the Eagles’ iconic intro to “Seven Bridges Road.” “Check Cashin’ Country,” a solo composition by Carson, is the band’s true-life road diary: the tale of a Country-Rock band trying to make time to sleep as they hustle from gig to gig.

“We’ve poured our hearts and souls into writing and making these songs and are extremely proud of what we’ve been able to create,” said Wystrach.

“On The Rocks is a confluence of our musical tastes and our reverence for classic country,” said Duddy.

“This record is truly a nod to the time period we are influenced by and is an effort to bring that sound and that pageantry back to the forefront,” added Carson.

Produced by Dann Huff, Shane McAnally and Josh Osborne, ON THE ROCKS – like the custom suits the band often sports – provides a blast of vibrant color and texture to today’s Country, with “Drinkin’ Problem” leading the charge. The song and its ear-catching vibe has piqued the interest of all who hear it and is among the most searched-for Country songs on Shazam. It’s music video, directed by Duddy – who has four 2017 MTV Video Music Awards nominations for also directing Bruno Mars’ “24k Magic” – has been viewed more than 12 million times. It’s also the fastest rising debut single ever released by Big Machine Records to Country radio since Taylor Swift’s “Tim McGraw” in 2006.

Midland, whom Rolling Stone Country calls “Solid. Country. Gold.,” will perform “Drinkin’ Problem” when they make their late-night TV debut on Jimmy Kimmel LIVE! on Wednesday (8/16). The band recently opened for Kenny Chesney and Tim McGraw and Faith Hill, and will head out with Jon Pardi on the CMT On Tour this fall.

“One of the 10 Artists Who Will Rule 2017” (Entertainment Weekly), Midland excel in setting a mood, transporting the listener to another place and time. Their songs, like “Drinkin’ Problem,” the first SiriusXM Highway Find of 2017, are made for wide-open skies, endless deserts and wondering where the road is going to take you next. 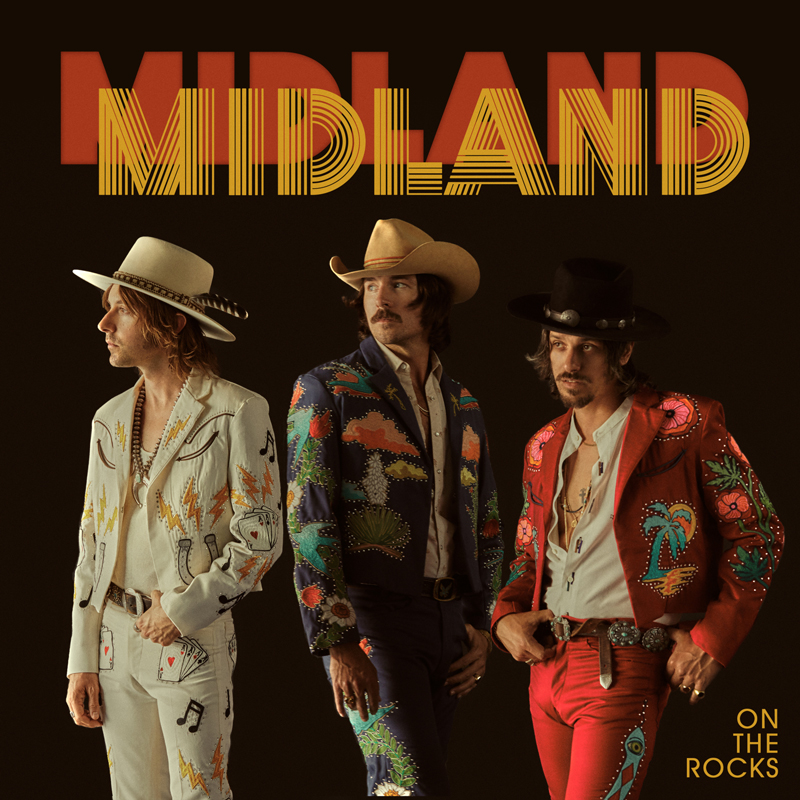