Country’s breakout singer/songwriter Luke Combs is set to release his debut album This One’s For You on June 2 with River House Artists/Columbia Nashville, as he revealed today exclusively with Entertainment Weekly.

Forecasted as “one of the most anticipated albums of 2017” by Rolling Stone Country, This One’s For You includes Combs’ debut hit single “Hurricane” which boasts a staggering 59 million streams and continues an unprecedented rise at country radio; reaching No. 1 on SiriusXM’s The Highway in December and this week, landing at No. 13 on both Billboard Country Airplay and Country Aircheck’s Mediabase Chart. This One’s For You will be available for pre-order at digital retailers and LukeCombs.com starting April 28.

The 27-year-old Asheville, NC native co-penned all 12 tracks on the project which birthed from the rise of his music and songwriting in the mountains of North Carolina. In addition to “Hurricane”, This One’s For You includes hallmark fan favorite “One Number Away”, jocular, silver-lining song “When It Rains It Pours” and the poignant part-love letter, part-apology title track dedicated to those who supported Luke on the road to here.

“I couldn’t be more proud of this album. These songs mean so much to me and all my friends who I wrote them with,” shares Combs. “From North Carolina to Nashville, this project has been such a long time in the making and I can’t wait for the fans to hear it. I sincerely hope they enjoy the album because they are the reason I do what I do.”

This One’s For You is the culmination of Combs’ steady, burgeoning groundswell career built through his restless touring schedule and his independently released EPs – Can I Get An Outlaw (2014), The Way She Rides (2014) and This One’s For You – EP (2015). From three-hour acoustic sets at his local bar in Boone, North Carolina to growing to sold out back-to-back headlining dates at the country’s most iconic venues, the climb to This One’s For You came after years of labor and as Rolling Stone notes “he earned his newfound success by tirelessly delivering the goods on the road.”

Entering 2017, Combs was selected by iHeart Media’s Bobby Bones for his “Class Of 2017” and featured in Billboard’s 2017 Predictions Issue as one of four all-genre artists anticipated to breakthrough this year and topped “Watch Lists” curated by Huffington Post (Top 10 Country Artists To Watch In 2017), Pandora (Artists To Watch in 2017) and Rolling Stone (2017 Country Music Preview: Most Anticipated Albums, Tours, Festivals). 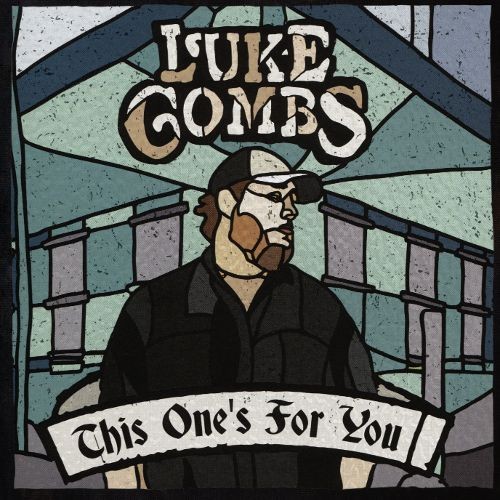