Artist on the rise Brennin makes a significant statement with the release of his brand new single, “Rip Off The Rearview.” The new track features country icon Vince Gill and tackles the issue of domestic violence. Taking it a step further, Brennin is donating 50% of all iTunes downloads to benefit the YWCA Nashville & Middle Tennessee to support victims of domestic violence. 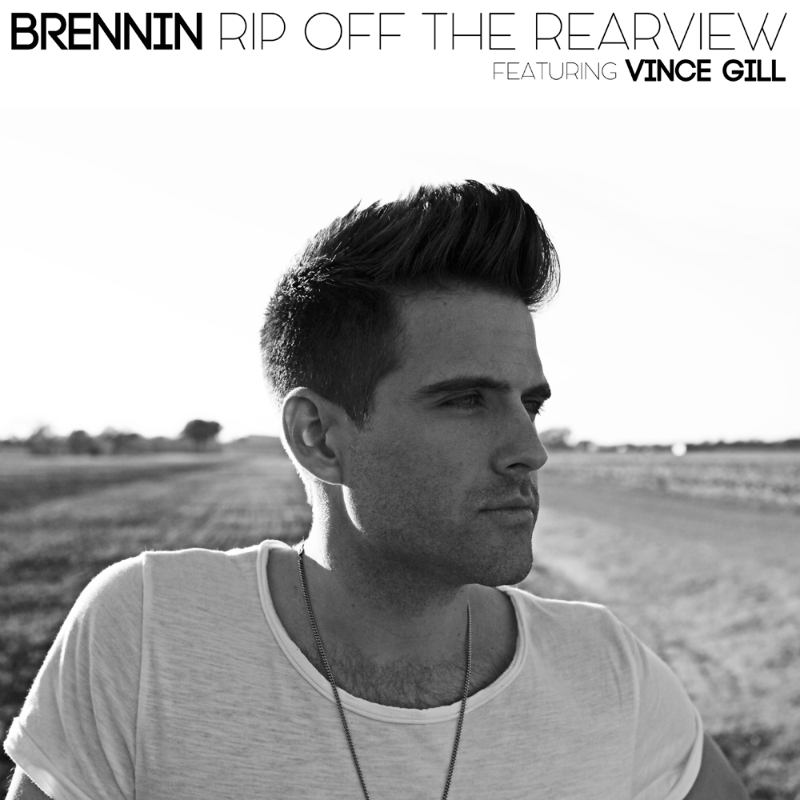 “Rip Off The Rearview” takes on a dark topic as it is not your typical break-up song. With vivid lyrics right from the start, “She’s got black mascara running down her face…”, coupled with Brennin’s strong vocals, Gill’s notable harmonies, and a smooth, captivating melody, the new song makes a strong impact. Pick up your copy of “Rip Off The Rearview” on iTunes here.

1 in 4 women experience domestic violence. It may sound like just a statistic, but it is a fact and one that should not be ignored. If you or someone you know is suffering from domestic abuse, please call the National Domestic Violence Hotline at 1-800-799-SAFE.

The rising star has been hard at work developing his craft. In fact, this is not the first time the country newcomer has worked with Vince Gill. The Oklahoma native co-wrote “I Can’t Do This” which is featured on Gill’s latest album, Down To My Last Habit. Additionally, Brennin has stared in the hit series Nashville playing the character Sullivan Fitzgerald, and has competed on The X-Factor where he was praised by Simon Cowell.

While this is not Brennin’s first experience in the industry, “Rip Off The Rearview” certainly serves as a game-changer for the artist. It is clear that Brennin has talent, and he’s definitely one to keep your ears tuned-in and eyes on.