2016 was a year full of incredible talent. From seasoned artists such as Kenny Chesney, Carrie Underwood, Tim McGraw, Luke Bryan, etc…, to the likes of country newcomers Chris Lane, Maren Morris, Tucker Beathard, Kelsea Ballerini, and several more, country music is a genre that is substantially growing and continues to stand the test of time.

New artists play a significant role in the genre as they are in fact the future of country music. The momentum we saw continuously throughout 2016 will no doubt continue on in the new year. With 2017 now on the rise, so are ten new artists that we are certain will make a powerful impact throughout the year ahead.

CountryMusicRocks “Ones To Watch” 2017 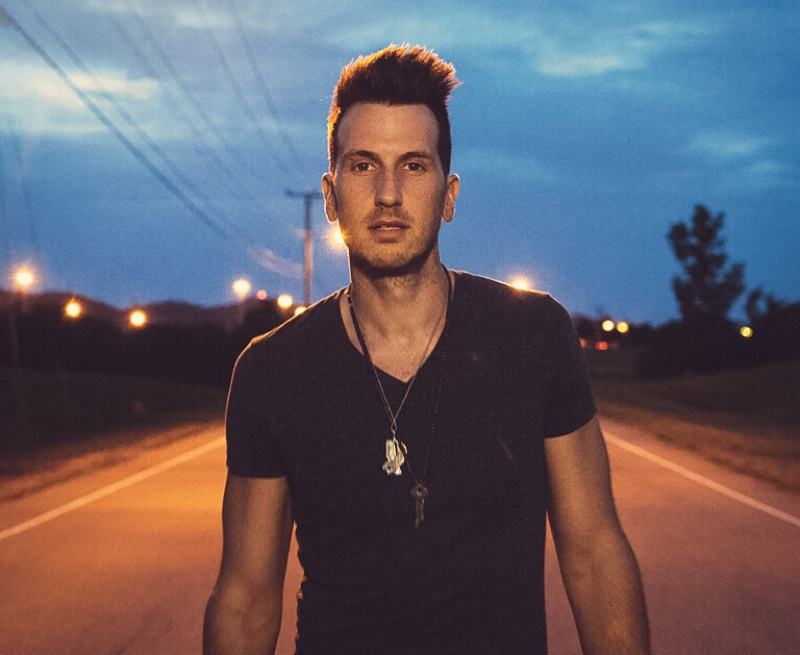 Triple Tigers Records flagship artist Russell Dickerson is gearing up for what will no doubt be an epic 2017. With his lead single “Yours” already embraced by fans, the rising artist brings a fresh, solid vibe to the genre. There’s certainly something special about Russell Dickerson, and it is very exciting to have him as part of today’s country music. Russell will be showcasing his new music this winter while out on the road on Thomas Rhett’s Home Team Tour, as well as several solo dates.
Get to know more about Russell Dickerson by visiting his Official Website, and follow him on Facebook, Twitter and Instagram. 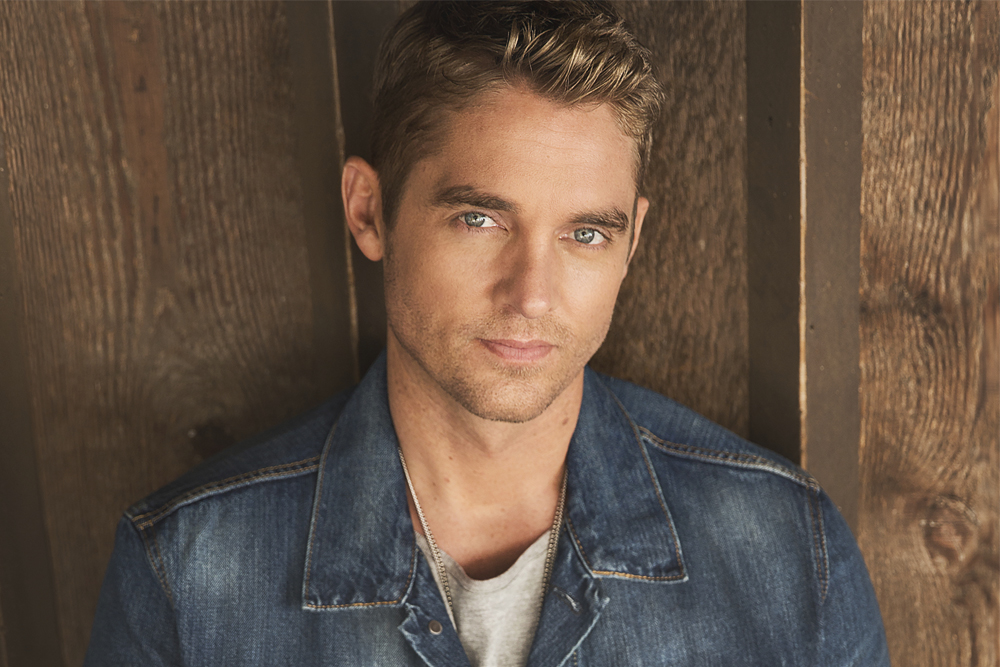 Artist on the rise Brett Young wrapped up 2016 with his debut single, “Sleep Without You,” notching the No. 1 spot at country radio. In addition to several career milestones accomplished throughout last year, 2017 is already promising a bright year ahead for the singer/songwriter. The country newcomer is set to release his second single, “In Case You Didn’t Know,” to country radio on January 9, and his debut self-titled album will be available on February 10, 2017. This new year will more than likely be a significant game changer for Brett Young. The BMLG Records artist will highlight new music out on the road this year with several solo dates, the winter leg of Luke Bryan’s Kill The Lights Tour and select dates on Lee Brice and Justin Moore’s American Made Tour.
Keep up with Brett Young and visit his Official Website, Like him on Facebook and Follow him on Twitter and Instagram. 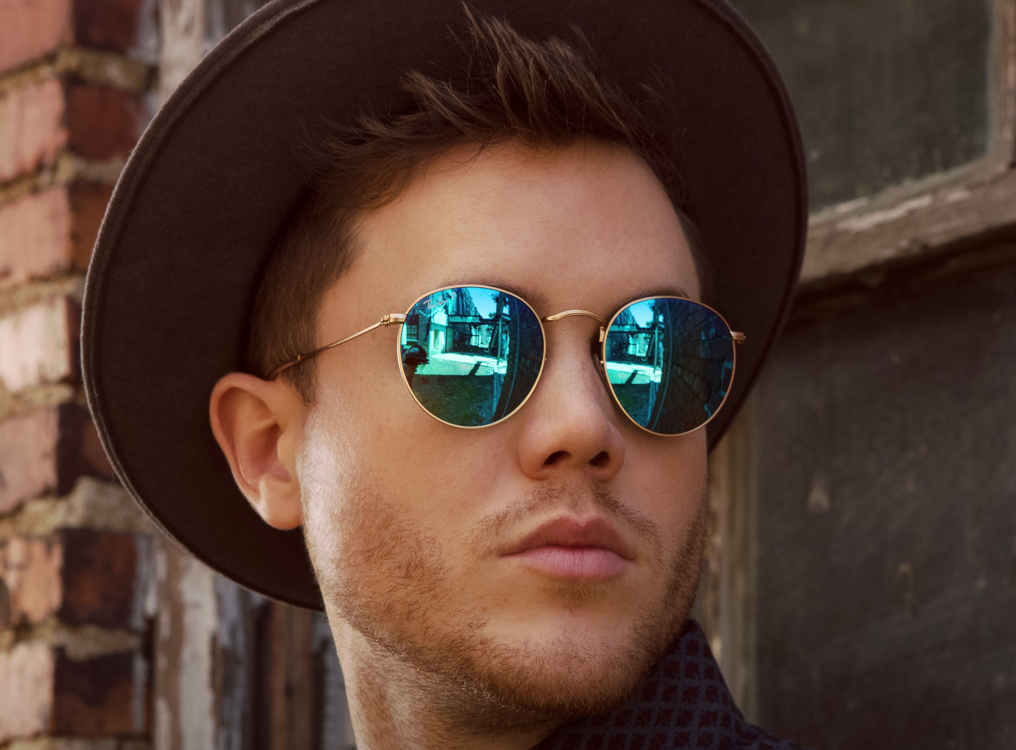 Big Machine Records recording artist Trent Harmon won the hearts (and ears) of millions on the final season of American Idol, and the momentum will continue into 2017 for the rising star. From his debut single, “There’s A Girl,” to his debut self-titled EP, and his forthcoming debut album, the caliber of talent from this young 26 year old is beyond impressive. It is such a blessing to have Trent Harmon as part of the future of the beloved genre. Harmon will be out on the road all throughout the year showcasing his unique artistry and collection of new music.
Stay connected with Trent Harmon by visiting his Official Website, and follow him on Facebook, Twitter and Instagram. 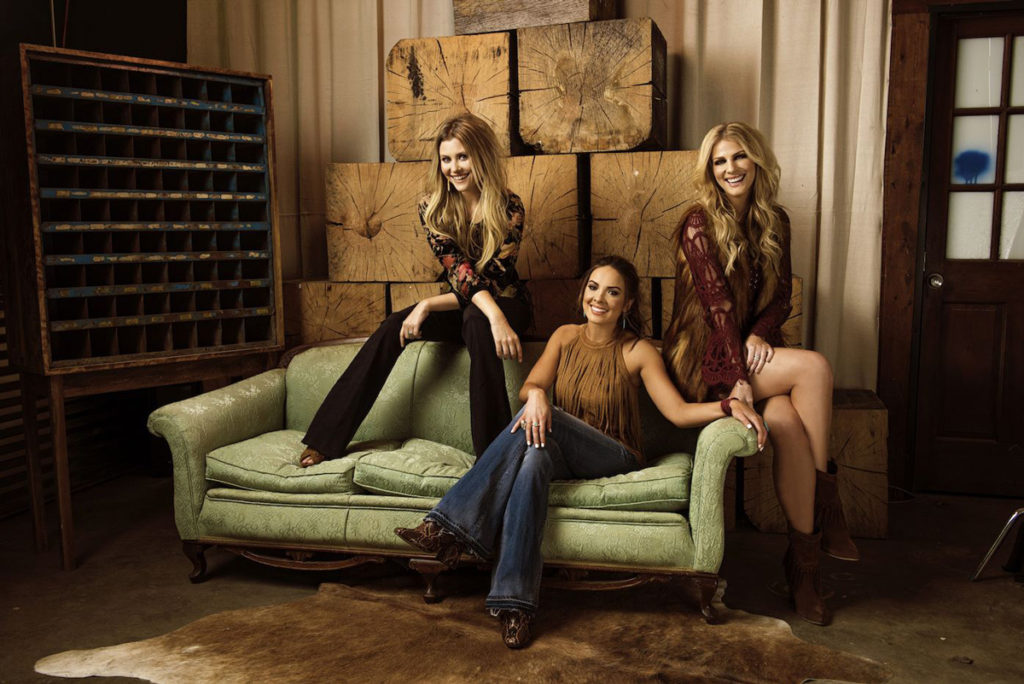 Wheelhouse Records Runaway June introduced themselves throughout 2016, and now with the brand new year here, the trio is ready to make a distinct impact. Comprised of Naomi Cooke, Hannah Mulholland and Jennifer Wayne, the dynamic group of singers/songwriters will bring their strong vocals and impressive harmonies to the forefront throughout the year. Their debut single “Lipstick” has already hit the Top 30 and continues to climb, and serves as a solid introduction to the talented newcomers. The three women make for an incredible addition to the genre and as a major role for Women in Country Music.
Stay connected with Runaway June by visiting their Official Website, and follow them on Facebook, Instagram and Twitter. 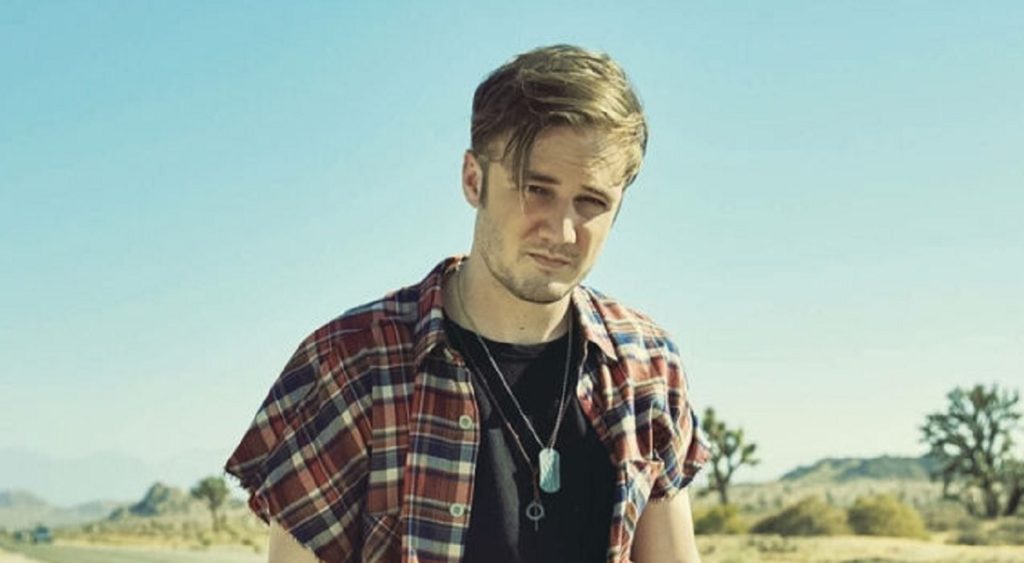 Georgia native Seth Ennis is a multi-talented singer/songwriter who is making a lasting impression with the release of his debut single, “Woke Up In Nashville.” The newcomer co-wrote his debut single, as well as plays all (yes – plays all!) the instruments on the recorded track. Ennis will be showcasing his artistry out on the road this winter on select dates of Florida Georgia Line’s Dig Your Roots 2017 Tour, as well as several solo dates all throughout the year.
Learn more about Seth Ennis by visiting his Official Website, and follow him on Instagram, Facebook, and Twitter. 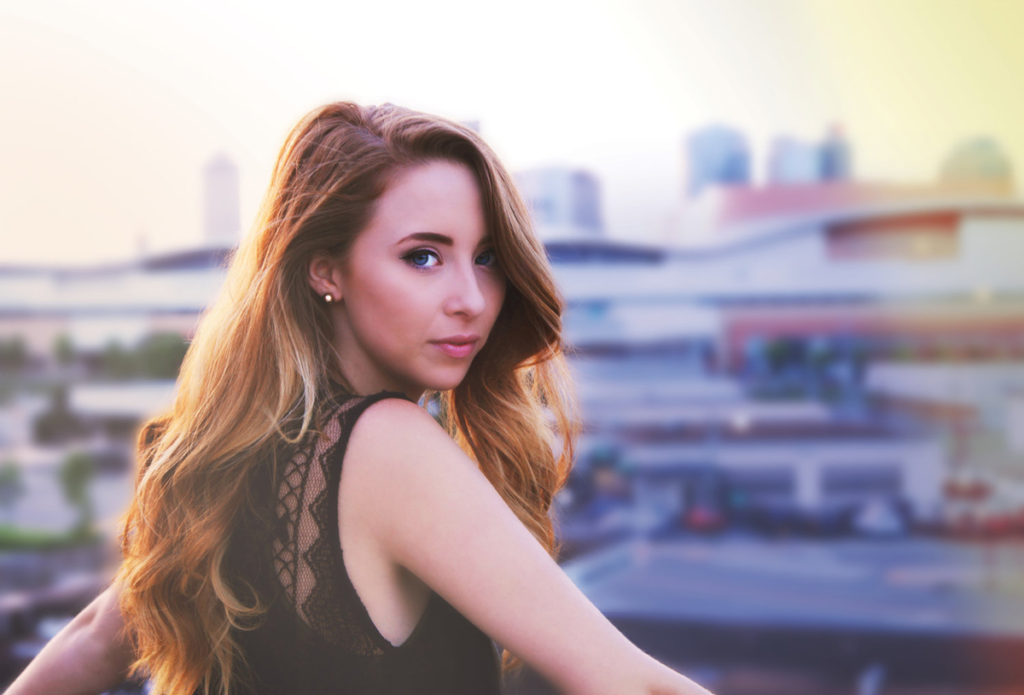 Artist on the rise Kalie Shorr is destined for greatness, and 2017 will no doubt be a breakthrough year for her. The young Portland, Maine native has made the move to Music City to further establish herself as both a singer and songwriter. While Shorr made an impressive introduction to the music community with her covers of popular songs via YouTube, the newcomer is quickly making a name for herself with her own tracks such as “Fight Like A Girl,” and “He’s Just Not That Into You.” Kalie Shorr brings a fresh spark to the genre and serves as a fantastic female role model to inspire the younger generation.
Learn more about Kalie Shorr by visiting her Official Website, and follow her on Facebook, Twitter and Instagram. 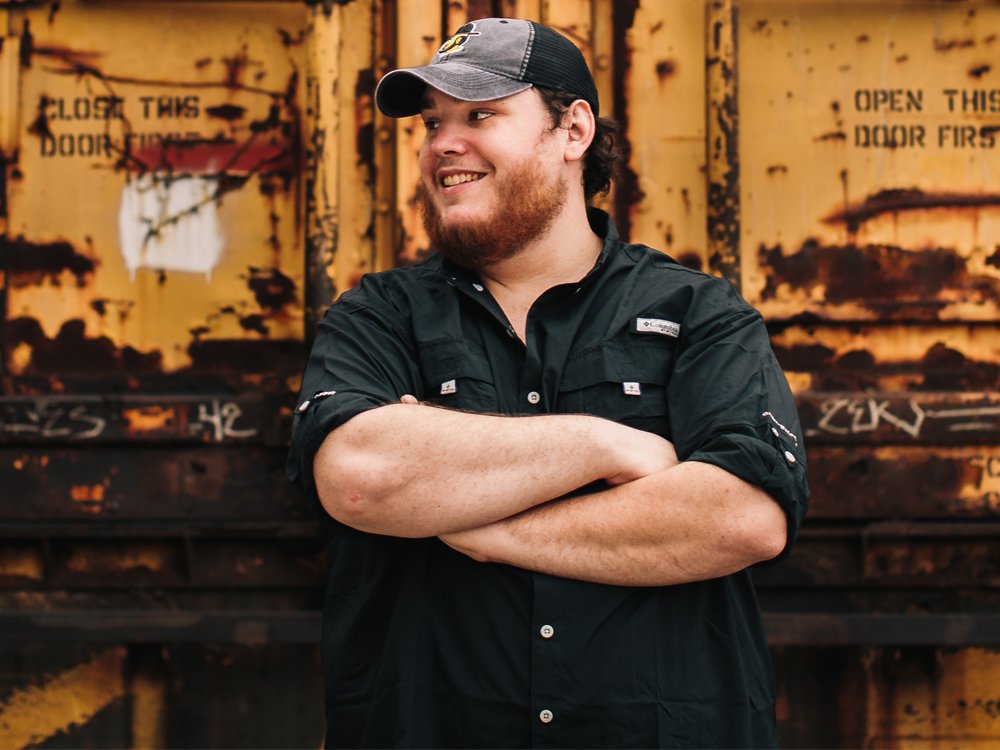 A storm is hitting the country music scene by the way of Luke Combs. The country newcomer’s debut single “Hurricane” is already a force to be reckoned with, and the momentum continues into 2017 for Combs. With his solid vocals that highlight both the traditional and modern country vibe, Combs brings a smooth balance to the format that speaks volumes and leaves a prominent mark. Be sure to catch Combs out on the road this year, he is one you will not want to miss.
Keep up with Luke Combs by visiting his Official Website, and follow him on Facebook, Twitter and Instagram. 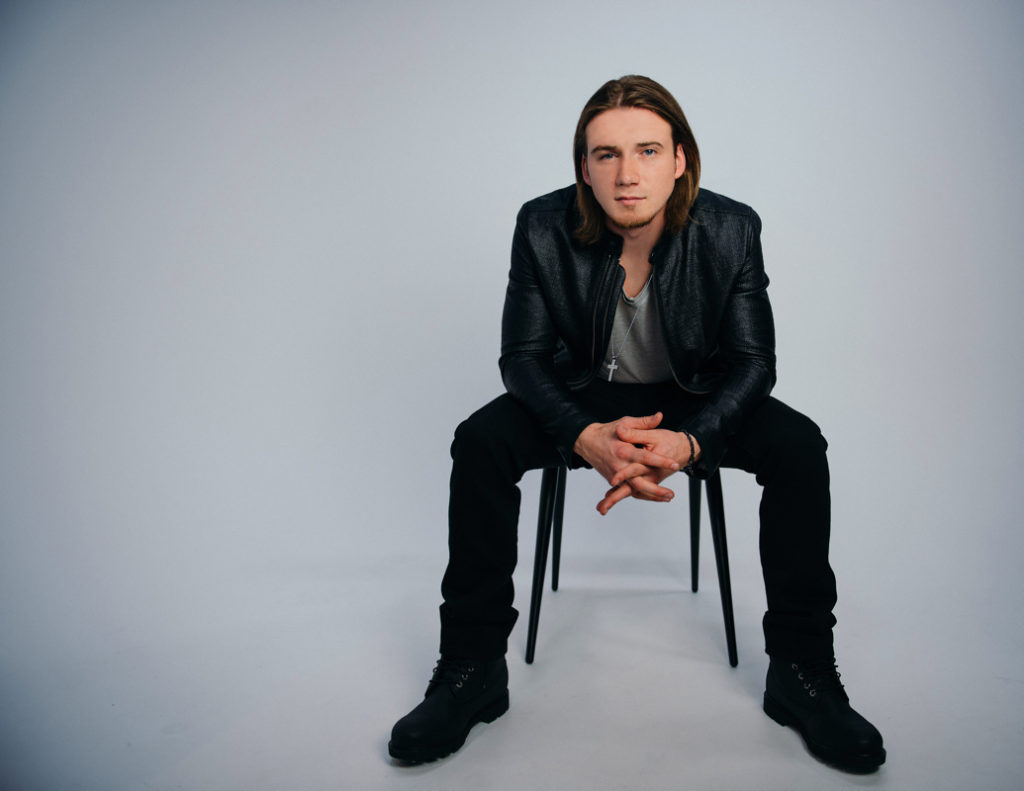 If your an avid watcher of NBC’s “The Voice” that you’ve already heard Morgan Wallen and know that he has a lot to offer to the genre. His unique artistry impressed the judges and America during his time on the popular music competition in 2014, and now he is back to continue moving forward and showcase his talents. Signed with Big Loud Records, home to Chris Lane, the country newcomer has released his debut EP, The Way I Talk, and is highlighting the EP titled single at country radio now. 2017 will find Wallen out on the road with Florida Georgia Line on the winter leg of their Dig Your Roots Tour, as well as several solo dates further introducing himself to country fans.
Learn more about Morgan Wallen by visiting his Official Website, and follow him Facebook, Twitter and Instagram. 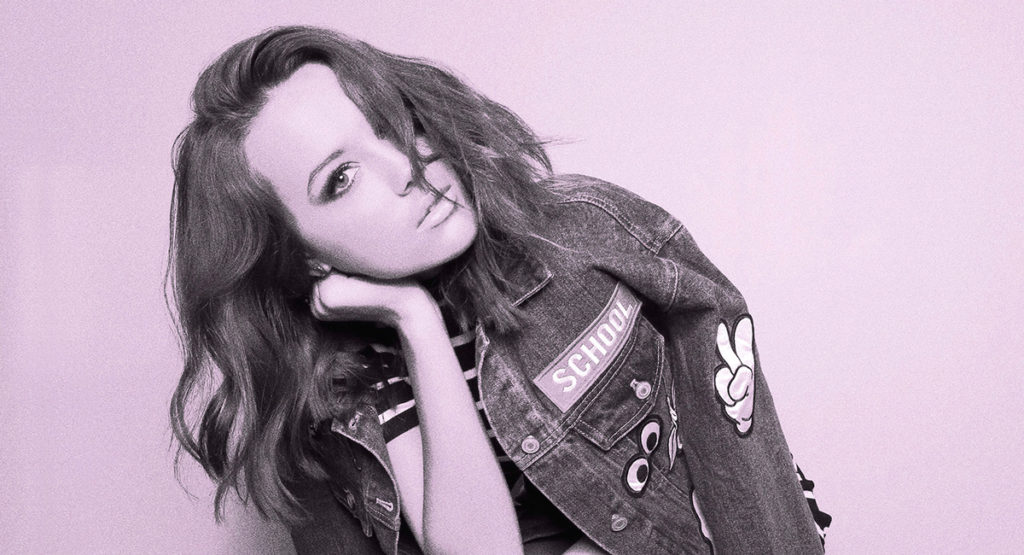 Artist on the rise Bailey Bryan will be “owning” 2017. With her debut single “Own It” already impressing country fans as well as the industry, the singer/songwriter is set to make a lasting impression on today’s country music. Recommended by Lady Antebellum’s Hillary Scott, The GRAMMYs has selected Bryan as part of their Artist of Tomorrow program, a massive achievement for the country newcomer. The young singer/songwriter will no doubt take her skills and strengths to high levels throughout the year and leave a strong mark on the genre as she goes. As the movement continues with Women in Country on the rise, Bailey Bryan is an artist of significance as the movement continues to grow.
Learn more about Bailey Bryan by visiting her Official Website, and by following her on Facebook, Twitter and Instagram. 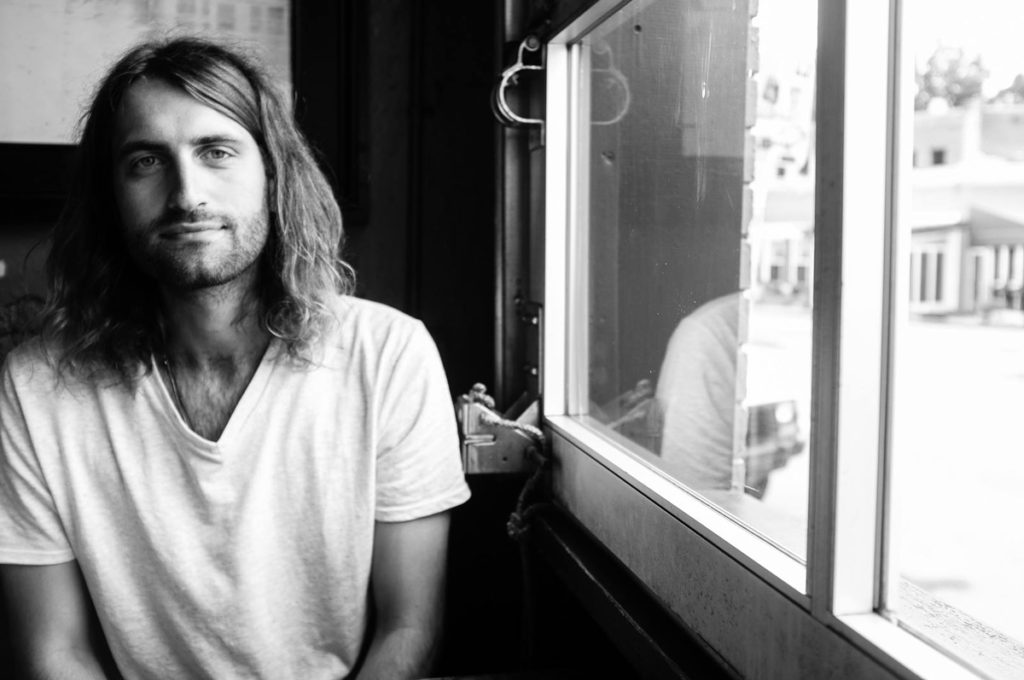 If you haven’t heard the name Ryan Hurd yet, get ready because you will – a lot- in 2017! Many are already familiar with Ryan’s work as he is a talented songwriter who has written songs recorded by the likes of Dierks Bentley, Jake Owen, Tim McGraw and several others. Additionally Hurd has notched his first #1 as a co-writer on “Lonely Tonight,” recorded by Blake Shelton featuring Ashley Monroe. Now, Hurd is ready to be heard on his own as a solo recording artist with “We Do Us,“ and will further introduce his artistry to fans while on Thomas Rhett’s Home Team Tour.
Get connected with Ryan Hurd by visiting his Official Website, and follow him on Twitter, Instagram and Facebook.