Hallelujah! More details have emerged about Kenny Chesney’s forthcoming studio album, Cosmic Hallelujah. The new collection of music is set to include eleven fresh new tracks including his recent No.1 hit “Noise,” and latest single “Setting The World On Fire” featuring P!nk. Now with the album cover revealed and track listing finalize, Cosmic Hallelujah is set to make impact on October 28. 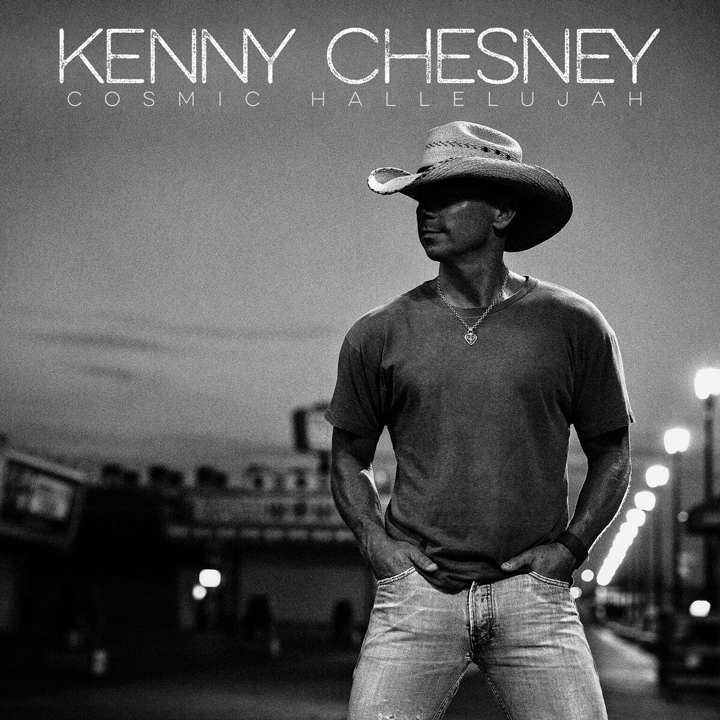 “I’ve been blessed with some of the best songs out there, some songs written, actually, just for this album by writers whose work I’ve loved for years,” Chesney explains. “When ‘Setting The World On Fire’ came together, it opened a window of time – and some songs that had come in after we were done, I didn’t have to save for the next album. Suddenly, everything was changing, and the album I’m releasing now has a lot of what made Some Town Somewhere capture the essential part of who the No Shoes Nation is, but really takes the your-life-is-now piece of The Big Revival and expands it.

“And there’s one very special song I’ve been holding for years called ‘Coach’ that we went in and re-cut,” said Chesney. “It really captured that song’s heart.”

In addition to “Setting The World On Fire” and “Noise,” Cosmic Hallelujah will also include the aforementioned “Coach,” “Some Town Somewhere,” “Trip Around The Sun,” “All The Pretty Girls,” “Bar At The End Of The World,” “Winnebago,” “Jesus and Elvis” featuring Allison Moorer, “Bucket,” and “Rich and Miserable” which Chesney’s camp is calling his “most musically ambitious track yet.”