With the release of his new album If I’m Honest just two months away, Blake Shelton revealed the striking cover during an episode of “The Voice.” The stunning black and white cover image will also be available in a limited-edition 3-D/ lenticular cover insert. 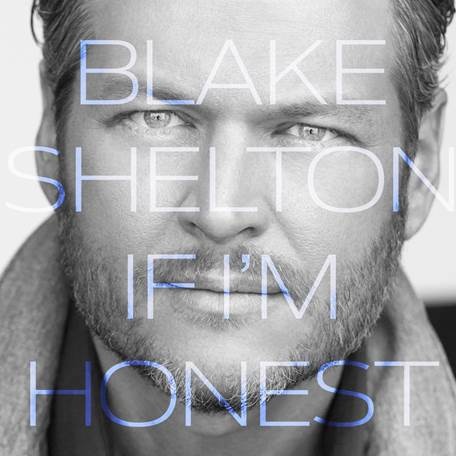 With the album’s lead single, “Came Here To Forget” Top 10 on the country singles chart and Top 5 on the sales chart, Shelton is excited to release new music.

“I’ve had a lot of music over the years but I don’t think I’ve ever had a song before that’s such a direct look into my life,” Shelton has said of the single. Written by Craig Wiseman and Deric Ruttan, “Came Here To Forget” is an intimate snapshot of a couple’s encounter at a bar.

The new album also includes the recently released “Savior’s Shadow” which Shelton co-wrote with Jon Randall and Jessi Alexander. “In all the years I’ve been doing this, I’ve never received this kind of reaction to a song,” said Shelton of the track, which reached No. 1 on the iTunes Christian & Gospel Chart this past week.