Superstar vocal group Rascal Flatts will give fans a touching behind-the-scenes look at their headlining tour on tonight’s 17th annual A HOME FOR THE HOLIDAYS airing at 9pm ET on CBS. 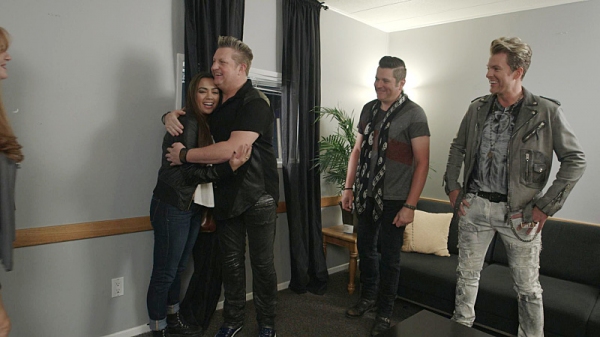 Helping to raise awareness of adoption as an important social issue, Rascal Flatts were introduced to the Levy family at a tour stop in Irvine, CA, including Moriah Levy, who was adopted into the family and has since thrived as a gifted singer and dancer, including gaining acceptance into a performing arts college. The special will also feature live performances of Rascal Flatts’ current Big Machine Records single “I Like The Sound Of That” and their smash hit “My Wish.”

Rascal Flatts recently announced that they will return to The Joint at Hard Rock Hotel & Casino in Las Vegas for a second, nine-show residency, Rascal Flatts Rhythm & Roots kicking off Feb. 17, 2016. The group’s Vegas stint will follow a raucous 2015 on the road for the band who undertook the first-ever country residency at The Joint in February, followed by their recently wrapped triumphant headlining tour where “the band shook things up” (St. Louis Post Dispatch) on their RIOT TOUR 2015.