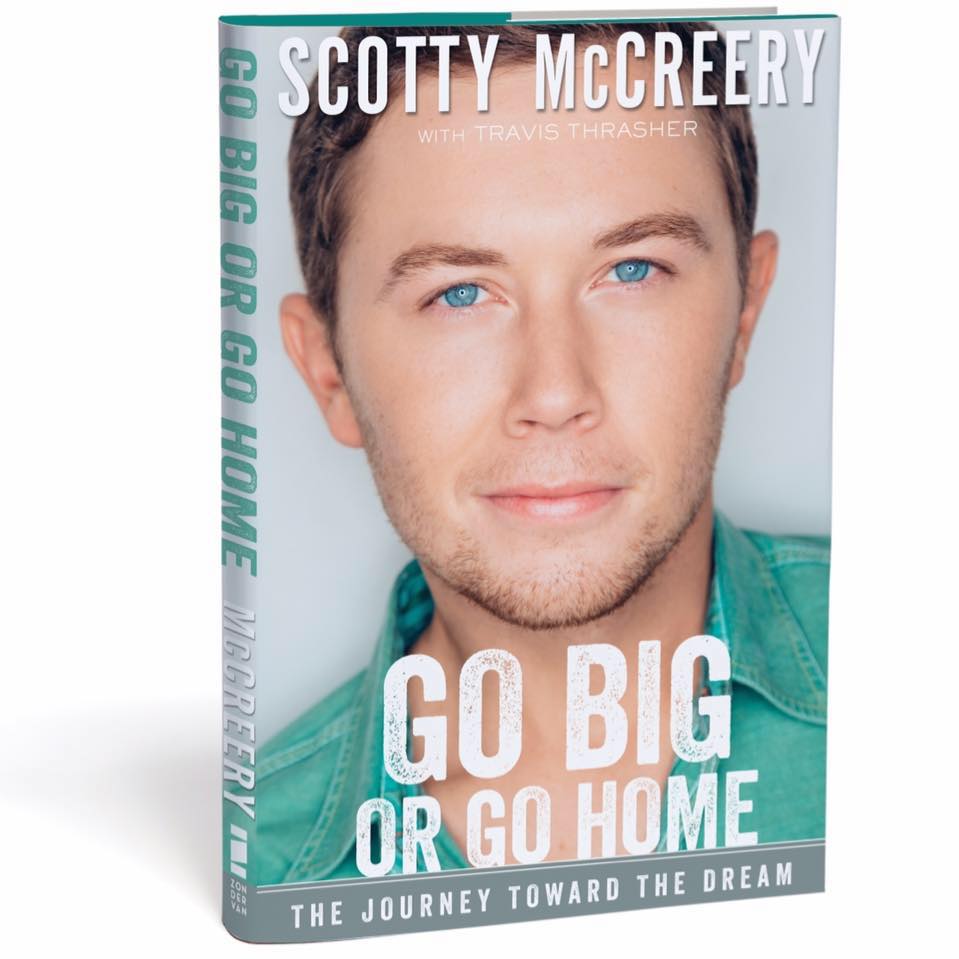 Zondervan released the cover of Scotty McCreery’s much-anticipated debut book, Go Big or Go Home: The Journey Toward the Dream(Zondervan, in stores May 3, 2016) today.

Go Big or Go Home is now available for fans to pre-order on Amazon HERE.

Go Big or Go Home narrates McCreery’s journey from a kid imitating Elvis on the school bus to 30 million across America tuning in to see him win season ten of “American Idol” to building a successful country music career. Now just following his 22nd birthday as he completes his eagerly awaited fourth album and was recently named Nash Country Weekly’s 2015 “Sexiest Man,” McCreery shares a glimpse of where he came from and the impact his faith, family and friends have had on a humble guy who keeps asking “why me?” This is his journey from his North Carolina roots to winning America’s most popular singing competition and moving on to launch the musical career he had always dreamt about.