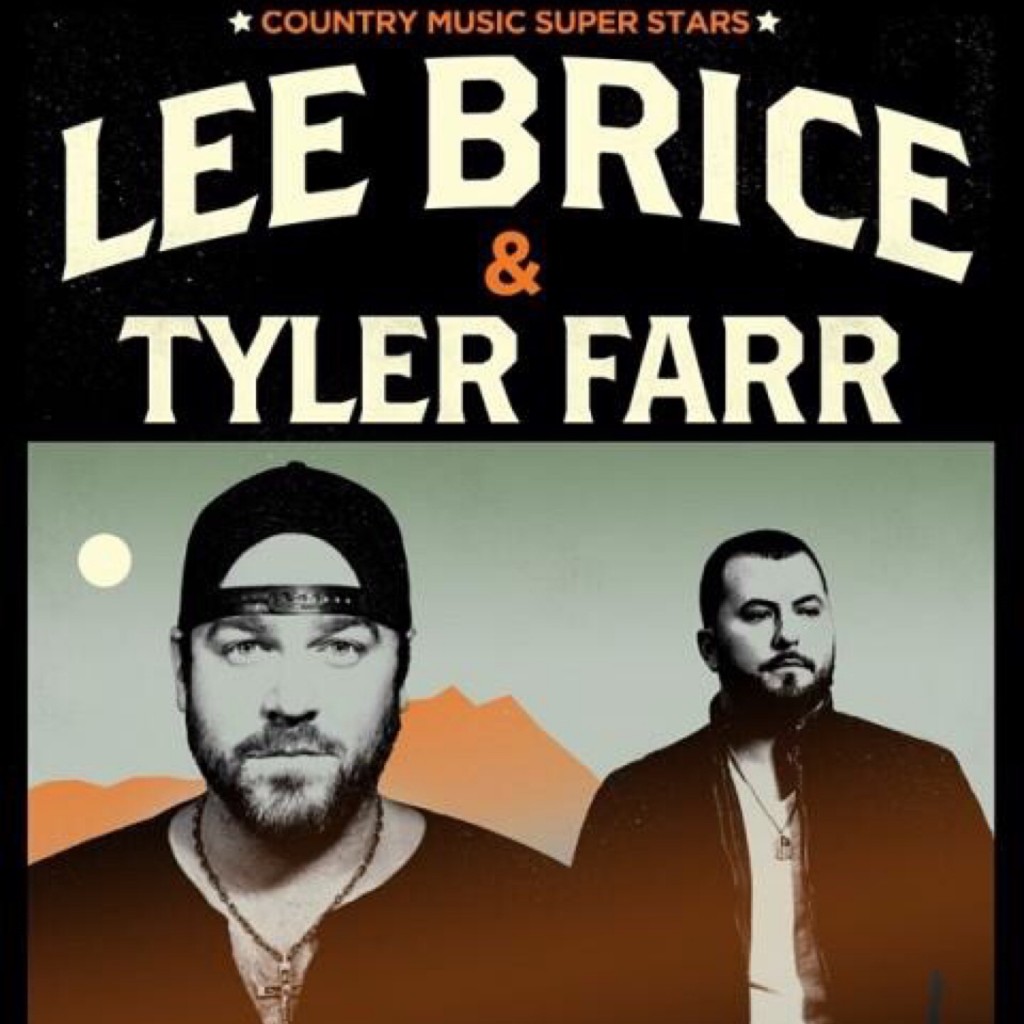 Curb Records artist Lee Brice will celebrate the New Year by launching his “Life Off My Years” concert tour, beginning in Salisbury, MD, on Thurs., Feb. 4.

The “evocative, rough-edged singer” (New York Times) has invited his good friend and musical compadre Tyler Farr to join him on this 21-city trek. Farr, who released his sophomore album, Suffer In Peace, in April, enjoyed back-to-back No. 1 hits this year and has previously opened on tours with Jason Aldean, Florida Georgia Line and Brantley Gilbert.

Both artists have catapulted singles to the top of the country charts. Brice has racked up an impressive four Platinum-selling singles (A Woman Like You,” “Hard To Love,” “Love Like Crazy” and “I Don’t Dance”) and achieved Gold with “I Drive Your Truck” and “Parking Lot Party.” Farr has reached Platinum with “Redneck Crazy” and Gold with “A Guy Walks Into A Bar” and “Whiskey In My Water.”

They’ve appeared together several times already, each feeding off the other to ramp up the intensity of the evening. Brice even guested on his friend’s “Redneck Crazy” video in 2013.

Brice and Farr are each known for their consistently raw, emotional and energetic performances. Billboard has raved about both, lauding Brice’s “power and passion” at this year’s pre-ACM Awards show and, after witnessing Farr’s sizzling set at New York’s Irving Plaza, noted its many “thrilling moments” and concluded “Country has secretly been harboring some of the hardest rock in pop’s mainstream … and this is where Farr rests his hat.”

And The New York Times has observed, presciently, “the closest approxi-mation to Mr. Farr’s blend of raw and callused is Lee Brice.”