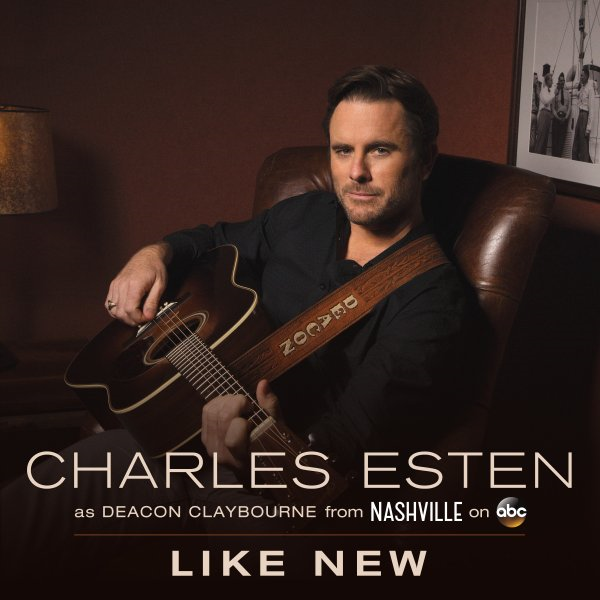 Marking a merger of on-screen and off-screen talent, Charles Esten released his first Big Machine Records’ single, “Like New.” The musician and actor, who has become fan-favorite in his role as Deacon Claybourne on ABC’s “NASHVILLE,” lends his voice to the tune that is now available exclusively at iTunes. Produced by Jay DeMarcus of Rascal Flatts, “Like New” officially impacteds Country radio and will be featured on the show’s upcoming soundtrack.

THE MUSIC OF NASHVILLE: ORIGINAL SOUNDTRACK SEASON 4, VOLUME 1 will be released on December 4 to digital retailers and Target. In partnership with Big Machine Records, Lionsgate, ABC Studios and Gaylord Entertainment, the Buddy Miller produced album contains 17 tracks. Cast members from the hit drama including Connie Britton (Rayna Jaymes), Hayden Panettiere (Juliet Barnes), and Charles Esten (Deacon Claybourne) as well as Superstar Steven Tyler who guest-starred earlier in the year, lend their voices to the songs.