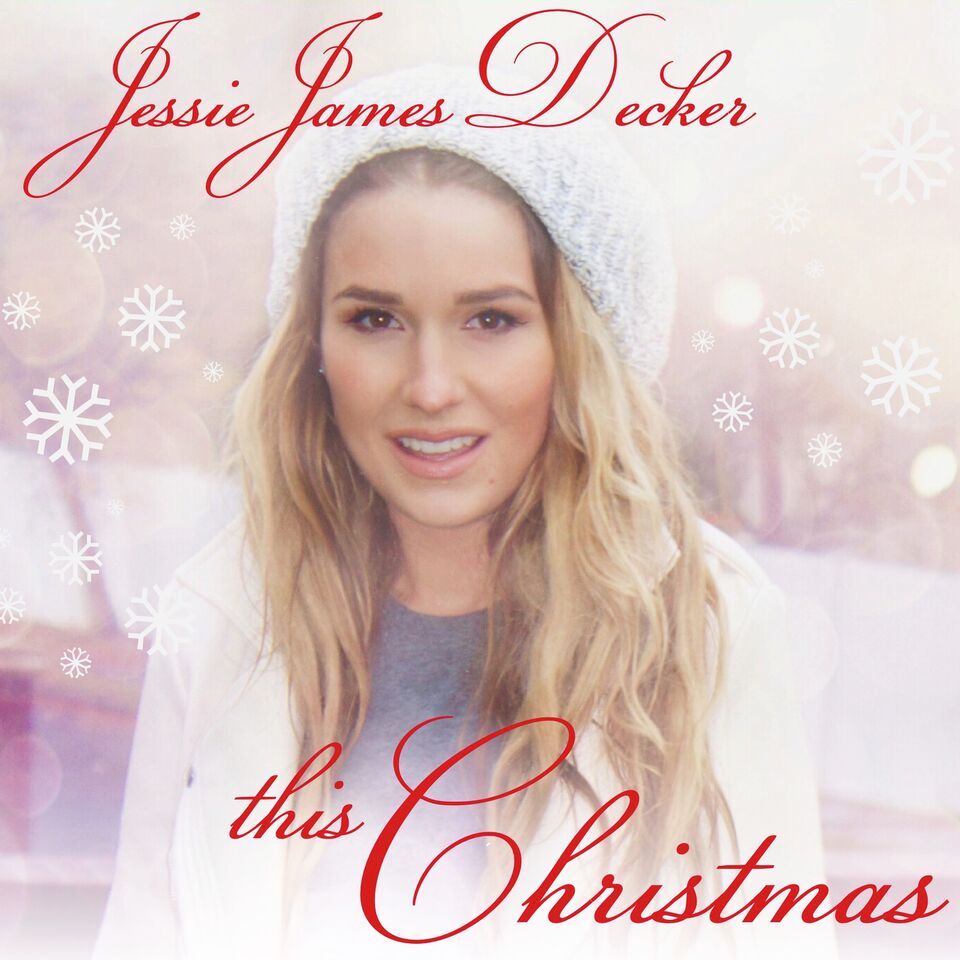 “This Christmas” includes Decker’s previously released singles “Baby! It’s Christmas,” and the title track “This Christmas,” which both debuted at #1 on the iTunes Holiday Chart. The album also features a duet of the holiday classic “Baby, It’s Cold Outside” with country singer Joe Nichols. As a special bonus, fans will be surprised to hear the duet also performed with husband NY Jet Eric Decker.

This release comes on the heels of her recent performance of The National Anthem at the NY Jets vs. Buffalo Bills game and shows at iPlay America in New Jersey and a sold-out Cutting Room in New York.

On December 12, Jessie will take the stage at Opry at the Ryman in Nashville to perform tracks from This Christmas along with other holiday classics. Tickets and additional information available HERE.

In addition to releasing the new single, Jessie has ventured into the fashion world as a first time designer, launching her clothing and accessories line, KITTENISH with Kora Rae. On Tuesday, November 17, Jessie hosted the KITTENISH launch party and collection preview in New York at the Gramercy Park Hotel. Jessie designed KITTENISH so that women felt confident from the inside out. The line consists of blazers, sweaters, leather leggings, cocktail dresses, flannels, denim shorts, rompers and accessories.

Jessie is currently recording her upcoming album to be released in 2016.