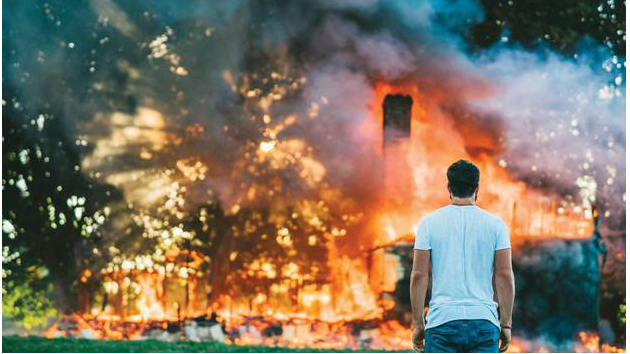 Sam Hunt released the music video for his latest single, “Break Up in a Small Town.” The video is hot, in more ways than one! Fun fact, he says it’s probably the most expensive music video he’s made so far in his career.

“It’s probably, in terms of production, the biggest investment we’ve made in a music video,” says Sam at his recent multi-song No. 1 party. “We got to burn down a house in the video, so that was pretty fun.”

“Break Up in a Small Town” can be found on Hunt’s debut album, Montevallo, available in retail stores as well as iTunes HERE.