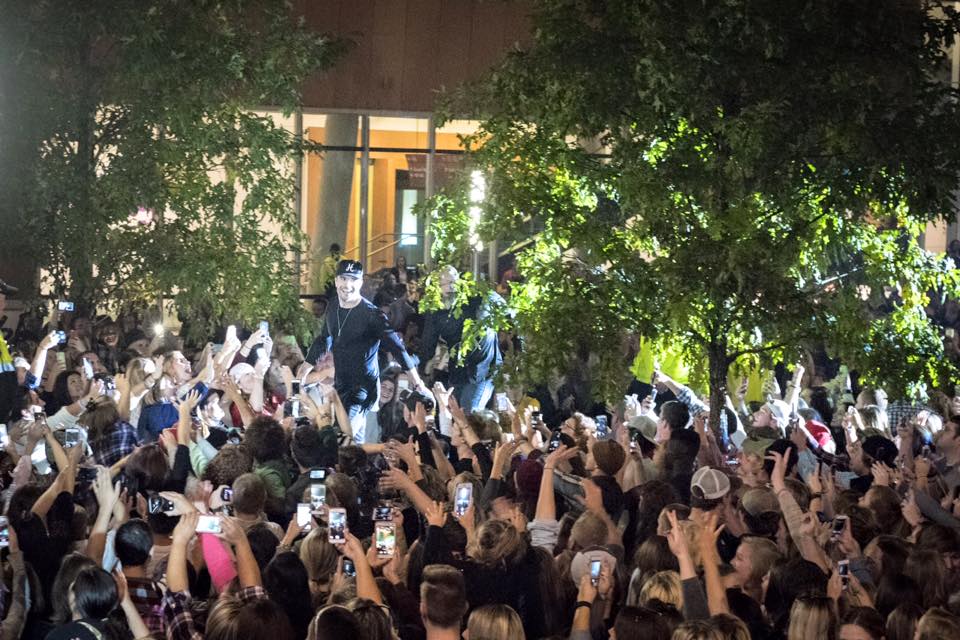 Sam Hunt hosted a free street party presented by Bose® in downtown Nashville last night in celebration of an incredible year since the release of his critically-acclaimed debut album Montevallo (MCA Nashville).

Over 10,000 fans packed the street to sing along with Hunt as he performed hits including his three consecutive No. 1 Platinum-selling singles “Leave the Night On,” “House Party,” the Double-Platinum “Take Your Time,” his current Top 25 and climbing Gold-selling single, “Break Up In A Small Town,” songwriting hits “We Are Tonight” and “Cop Car,” and many more, filling the nearly two hour performance.

Hunt took a moment to introduce one of his earliest believers to the crowd, Katelyn Carter. Carter took it upon herself to distribute copies to anyone who requested Hunt’s early work – his give-away mixtape Between The Pines. Between The Pines became the blueprint of Hunt’s major label debut album, Montevallo, and in recognition of its significance, Hunt reissued the 15-track acoustic mixtape earlier this week. Purchase Between The Pines HERE.

Sam then treated party-goers to a duet of “Burning House” with his good friend and rising country newcomer, Cam. (watch below)