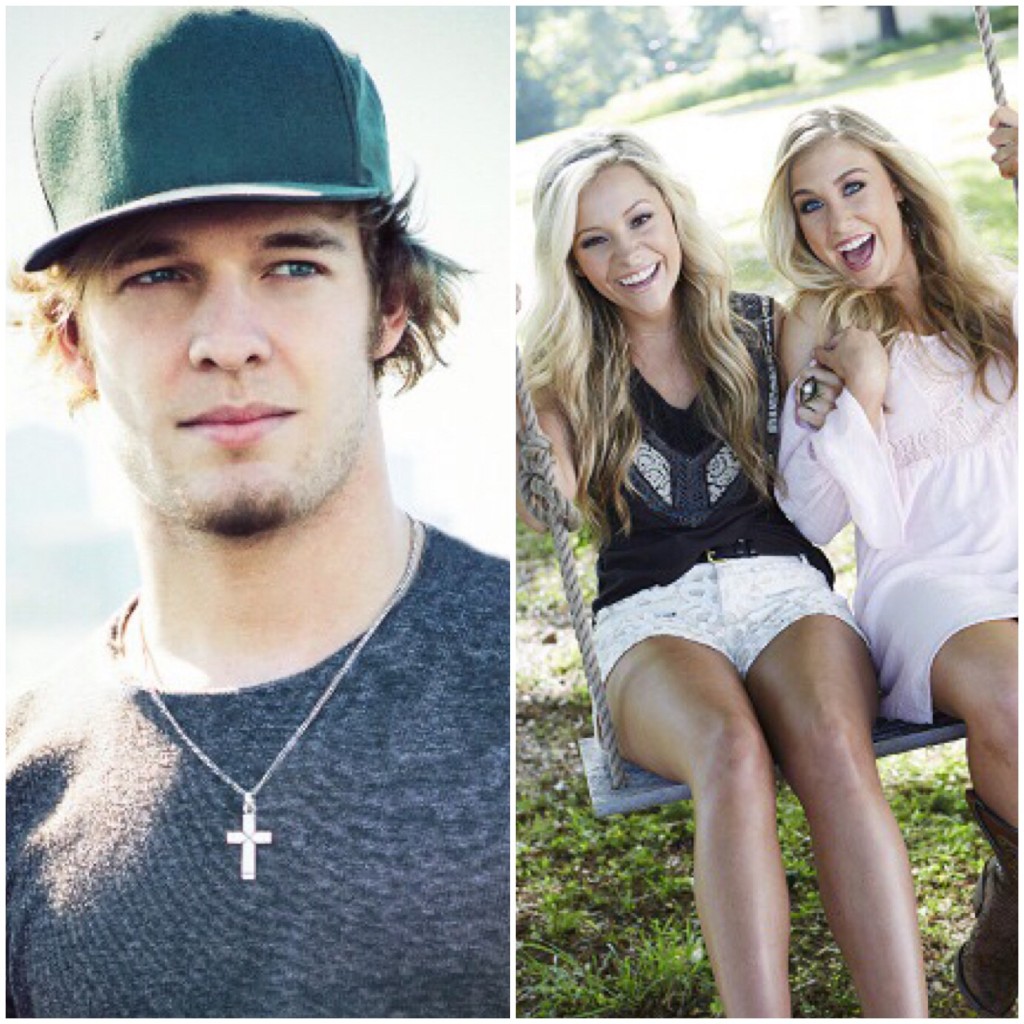 Finishing up Dierks Bentley’s SOUNDS OF SUMMER TOUR, the platinum blonds are looking forward to headlining their own shows – and taking the progressive young Country artist with them through November 7.

“Dierks Bentley taught us so much about what it means to be on the road, to bring your songs to people and make it matter,” says Maddie. “It’s going to be awesome to get out there and putting those lessons to work!”

“And Tucker is such a special voice in today’s Country,” adds Tae. “I’m excited we’re going to get to introduce him to people, because once they hear his songs, he’ll be someone they’ll be talking about for a long time.”

Beathard, a Dot Records artist and Big Machine Music writer, has more than earned his opening slot. Though only 20 years old, the Nashville-based musician is a talented drummer, guitarist and vocalist, who’s already opened shows for Eric Church, Keith Urban and Miranda Lambert. He is currently working on his debut album.

“I have been on the road in a van all summer driving around the country with my band playing shows in clubs and at festivals,” says Beathard. “I got into music because I love writing songs, so it’ll be fun to switch gears this fall and really focus on lyrics, performing with nothing but an acoustic guitar. Maddie & Tae are unbelievably generous to invite me out with them. I’m really looking forward to getting to know them better. I have so much respect for them!”

As the face of fresh new Country, Maddie & Tae continue seeking ways to go to new places. Their debut album Start Here sold over 30,000 units and includes their history-making first single “Girl In A Country Song,” which soared to #1 at Country radio and earned Platinum-certification as well as being named Single of the Year by the prestigious Nashville Scene’s Annual Country Critics’ Poll.

With “Fly,” their life-empowering follow-up single reaching the Top 10, there will be plenty of songs from Start Here as well as some special surprises from the pair who’ve been called “tough-minded and stout-hearted” by Rolling Stone.