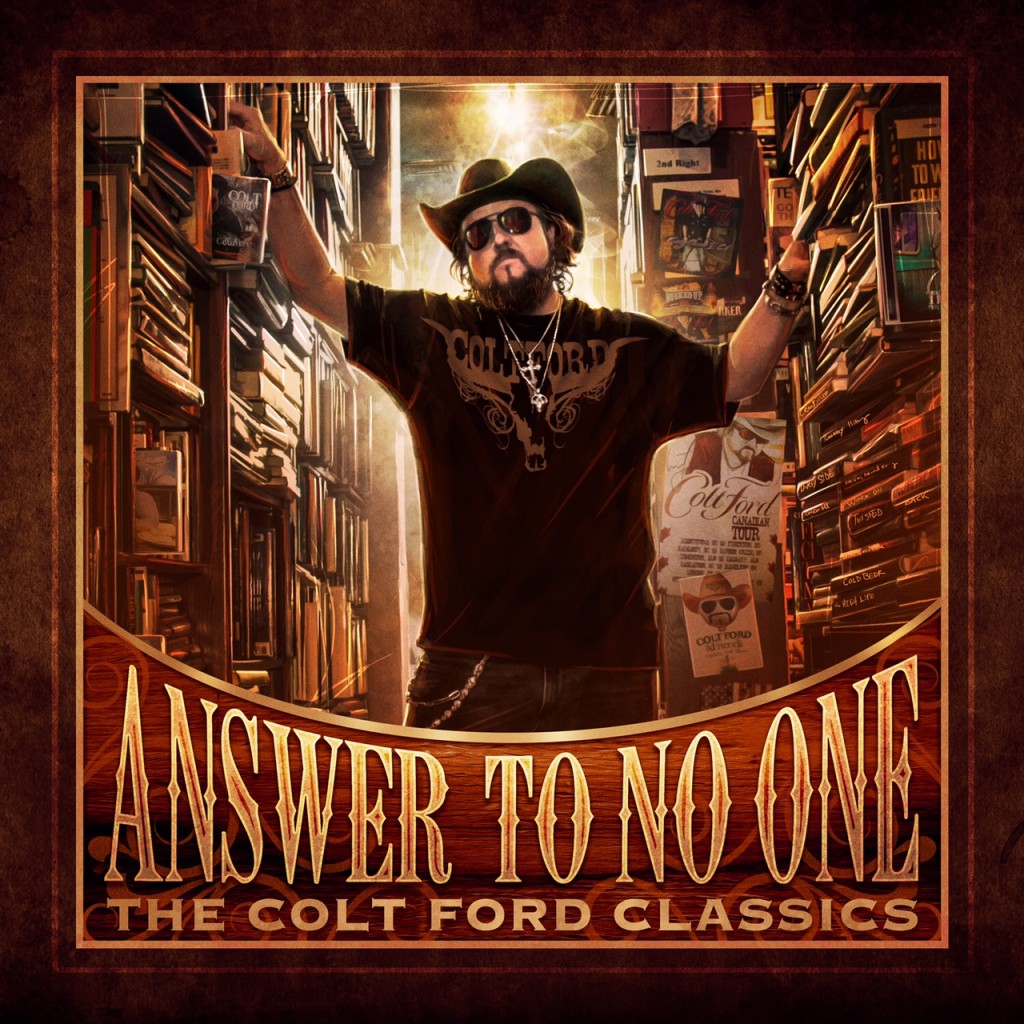 Answer To No One; The Colt Ford Classics, a superior collection of 14 real-life story songs written by a country artist who paved his own way with his unique style and sonically lead the way for many others, traces Ford’s musical evolution from 2008 through 2014.

Four of Ford’s five albums have peaked in the Top 10 on the Billboard Country chart, with Chicken & Biscuits (#8), Every Chance I Get (#3), Declaration of Independence (#1) and Thanks for Listening (#2), with the latter two hitting the Billboard 200 at #4 and #10, respectively. All his best-known hits are represented on Answer to No One, from his debut, “No Trash in My Trailer,” and his duets with Brantley Gilbert (“Dirt Road Anthem”) and Jason Aldean (“Drivin’ Around Song”) to collaborations with Jake Owen (“Back”), Duck Dynasty’s Boss Hog Willie Robertson (“Cut ‘Em All”), Eric Church (“Country Thang”), Jamey Johnson (“Cold Beer”), John Michael Montgomery (“Ride Through the Country”) and Nappy Roots and Nic Cowen (“Waste Some Time”).

“I’m doing this album for the fans,” Ford suggests, laughing that he’s never had a song in the Top 40. “These are greatest hits to those guys. My life’s on this album. I’m thankful for those who gave me a chance when I first came to Nashville. I’ve been blessed to have worked with so many talented artists who have contributed their time and talent and for being a part of my records.”