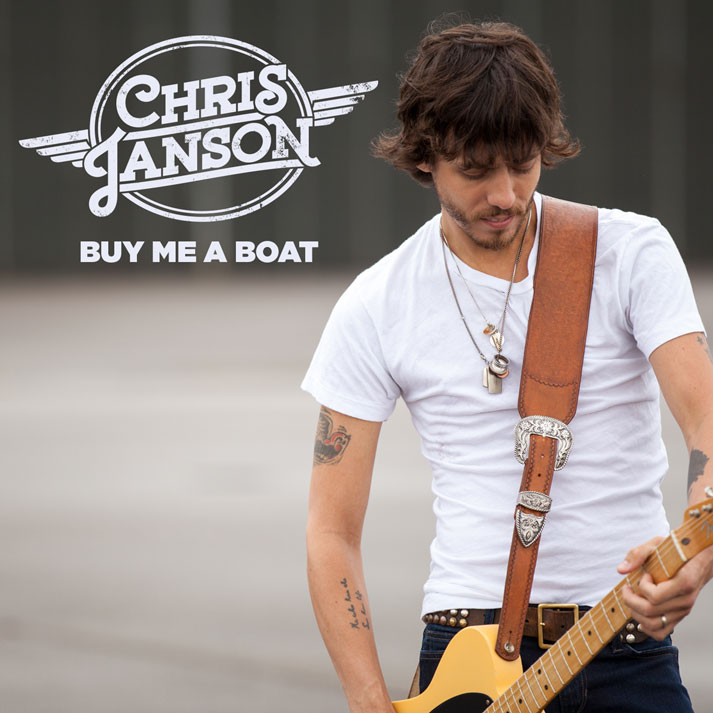 Warner Bros. Records/Warner Music Nashville artist Chris Janson docks his smash summer single “Buy Me A Boat” at No. 1 on the Mediabase Country chart after only 19 weeks at radio. Already reaching Gold sales status, the single has now sold more than 650,000 copies..

“Never been more proud to be the Buy Me A Boat guy…. It is pretty dang cool to be able to play a song of my own, that almost everyone has at least heard of at this point,” says Janson. “’Buy Me A Boat’ has changed our life. The way that the fans, radio have embraced it is incredible and I’m very grateful for the ride I’m on. It’s taken this thing to the next level and it’s a humbling experience for me, all around.”

The title track from his forthcoming Oct. 30 release, “Buy Me a Boat” has made Janson one of country music’s most visible figures since he signed his record deal with WMN earlier this year. Now his debut album is on the horizon; the culmination of a decade of work in Nashville where he moved at the age of 19. Buy Me A Boat is co-produced by Janson along with Brent Anderson, Chris DuBois and Byron Gallimore and will feature 11 songs written or co-written by Janson.

He made his television debut on the Today Show, has played the Grand Ole Opry over 100 times and will now join the Bayer Presents Luke Bryan Farm Tour 2015 later this month. The multi-city tour which features stops in the Midwest and South opens Sept. 30 in Fort Wayne, Indiana.