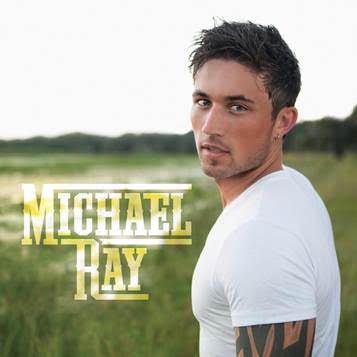 Country Newcomer Michael Ray is gearing up to release his  highly anticipated, self-titled debut album on August 7. Featuring 12 new songs, including hit single “Kiss You In The Morning,” Ray delivers a collection of quality music that country fans are sure to enjoy.

Michael Ray’s rich voice immediately captures listeners attention from the start as he introduces the album with fan favorite, “Kiss You In The Morning.”  The momentum continues throughout the entire record as the singer/songwriter reaches deep and delivers music of quality. Ray showcases diversity on this record with a well-balanced song selection. The album includes several standout tracks that will make for a great fit on country radio, including “Real Men Love Jesus.” We got the chance to see Michael perform this song live a few times, and every time when singing the line real men love Jesus, the crowd instantly responds. This further confirms that a song such as this is not only needed, but wanted, on country radio. Michael also treats fans to his recorded version of Big & Rich’s “Run Away With You,” a song he co-wrote with John Rich.

Michael Ray’s debut album is a solid collection of music, and one of the top debut album releases for 2015. Ray is a great addition to today’s country music, and he leaves an impressive mark on the genre.

Michael Ray’s self-titled debut album will be available in stores as well as digital music outlets on August 7. Order your copy of Michael Ray on iTunes HERE.