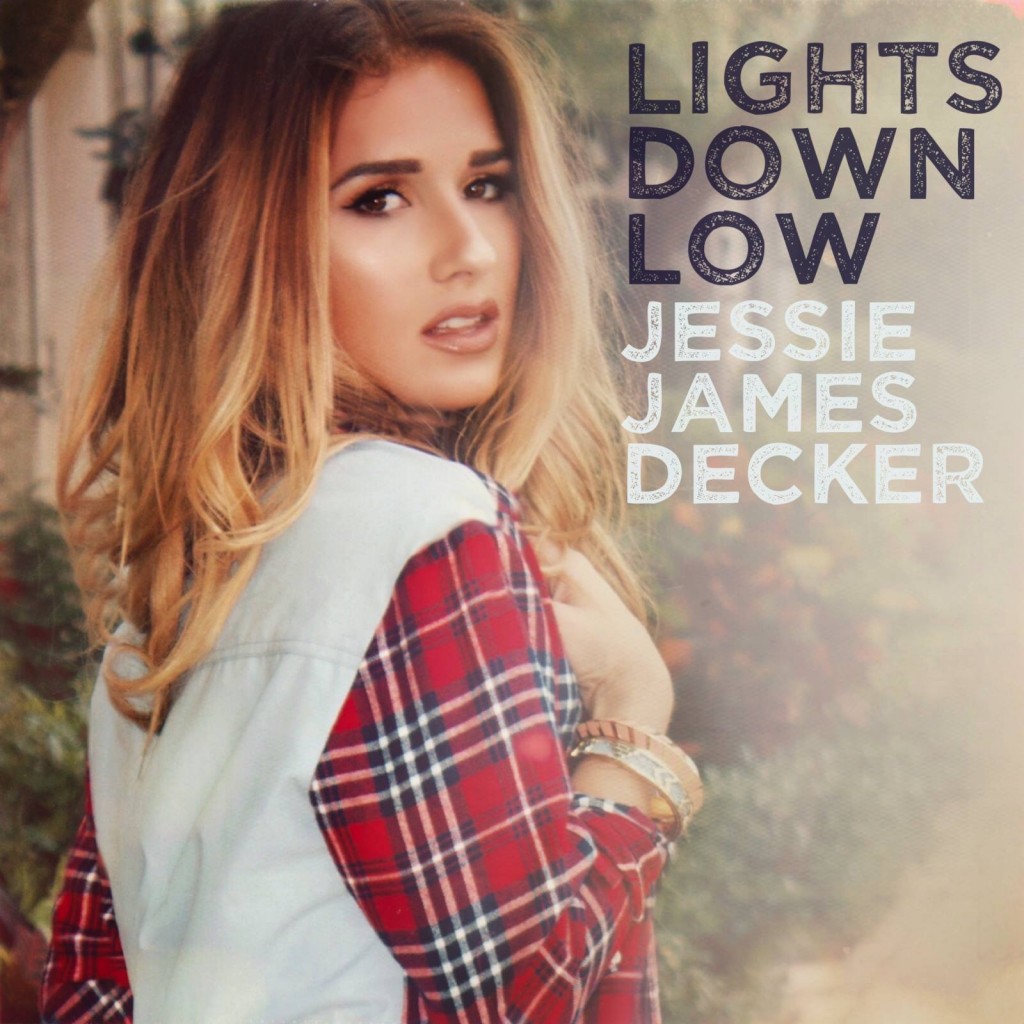 CountryMusicRocks got the chance to catch up with Jessie James Decker to talk about “Lights Down Low,” and so much more! Is there a new album on the way from the country artist? What’s on her country music bucket list? Find out below in our exclusive interview!

CountryMusicRocks (CMR): You just released your new single “Lights Down Low.” Tell us a little about the song and give us some background on the new single.

Jessie James Decker: It started with me humming the chorus melody over and over to myself. I finally recorded it on my phone and kept repeating the words “baby turn the lights down low we got no place to go.” The lyrics came after because I was inspired by my husband, and how we have so much more fun being alone at the house and just having date night.

CMR: You teamed up once again with Alyssa Bonagura to write and produce this single. Tell us a little about working with her again and did you have a standout moment together when working on this song?

Jessie James Decker: I sent Alyssa the recording of the melody on my phone and told her let’s do this song! We kept writing each other lyric ideas back and forth over text. Alyssa and I have known each other for years and when you are so close it’s always a lot more fun to write music together. We finished the song together and then sent it over to my producer Dan Agee! He captured the song and my vision!!!

CMR: With the release of this new single, will there be a new album ahead, or are you just taking it one song at a time at this point?

Jessie James Decker: Absolutely. I’ve been working on my record all summer and am so proud of it. I co-wrote the entire record, which I love because fans will know I am singing from the heart. These are my words.

CMR: Women in country are starting to take a strong role once again in the genre. Are you noticing this as well and what are your thoughts on this “change”?

Jessie James Decker: I notice that everyone keeps talking about what a strong role women are playing and this major change that we are all hoping for, but I still don’t hear them on the radio as much as I would like. I’m still waiting for this major change.

CMR: Who are some of your favorite country female artists that you gravitate towards and that have some influence on you & your music?

Jessie James Decker: Shania and Faith were huge influences to me and still are. Currently I’m loving Kasey Musgraves and Cam’s “Burning House”.

CMR: In addition to music, you have also launched your own fashion (Kittenish) and swimsuit (Amore & Sorvete) line! Tell us a little about that and is fashion something that you had always planned on pursuing at some point?

Jessie James Decker: I have always loved fashion and always wanted to have my own clothing line. I feel like it’s another way to express my creativity! I love making clothes that help women to feel more confident and sexy in their own skin.

CMR: Do you plan on expanding your line in the near future?

Jessie James Decker: I hope to expand for sure 🙂

CMR: You and Eric are about to have a little boy very soon! Congratulations!!! Is Vivianne excited about becoming a big sister?

Jessie James Decker: Thank you! Vivi is extremely excited and knows she has a baby brother coming. She kisses my tummy constantly.

CMR: When you get to spend some time in Nashville, what are some of your favorite places to visit?

Jessie James Decker: I love food! Nashville has some of the best restaurants I’ve ever been to! My husband and I always go to Kayne Prime and of course Pancake Pantry!!

Jessie James Decker: My wish list is to headline my own tour and be a role model for young girls.

“Lights Down Low” is available now on iTunes HERE.

In addition, Jessie James Decker is featured in the September issue of American Baby Magazine, available on newsstands now.