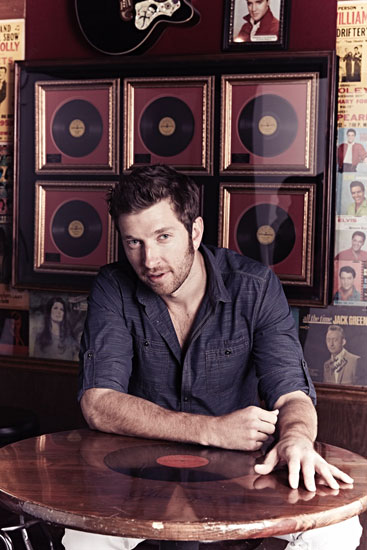 The Miss America Organization, dick clark productions and ABC have revealed that country star Brett Eldredge is the first of seven judges to be announced for the live broadcast of the 95th anniversary of the “2016 Miss America Competition.”

Miss America returns to Atlantic City’s Boardwalk Hall on SUNDAY, SEPTEMBER 13 (9:00 – 11:00p.m./ET) on the ABC Television Network. The evening will be filled with glitz and glam when 52 women representing their home states and territories compete to bring home the crown and scholarship.

“I get to judge Miss America. Are you kidding me?!” said Eldredge. “Talk about a dream come true! I can’t wait to be a part of this.”

Additional hosts and judges for the “2016 Miss America Competition” will be announced in the coming weeks.

Brett Eldredge is the reigning CMA New Artist of the Year and is enjoying three consecutive No. 1 hits with the platinum-certified “Don’t Ya,” Billboard’s No. 1 song on

Country Airplay in 2014, and gold-certified “Beat of the Music,” and the gold-certified “Mean To Me.” His current single, “Lose My Mind,” was recently named USA Today’s Song of the Week. Eldredge’s sophomore album, Illinois, will be released Friday, September 11. He’s on tour this summer with Darius Rucker on his “Southern Style” tour. For more information, visit BrettEldredge.com, on Facebook and Twitter @BrettEldredge.

For the latest news, be sure to follow Miss America on social and join the conversation by using the official hashtag for the show, #MissAmerica.