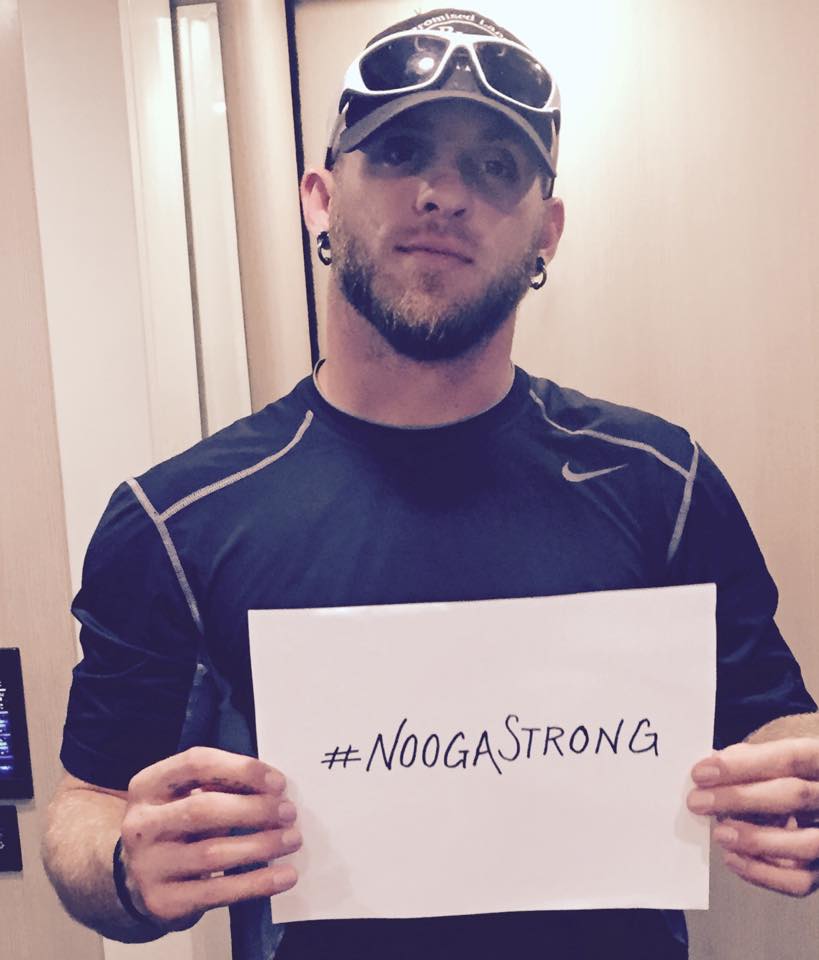 CHATTANOOGA UNITE: A TRIBUTE ON THE RIVER will take place Wednesday, September 16, two months after the loss of these five courageous lives. Focusing on a renewed appreciation for those who risk their well-being every day to protect our freedoms and celebrate a city that has united in the face of tragedy, CHATTANOOGA UNITE will honor servicemen and women.

After hearing the devastating news on July 16, Brantley felt a call-to-action. The chart-topping “One Hell Of An Amen” singer/songwriter spoke with local radio station WUSY to announce a special concert benefitting families of the fallen soldiers. View the video here. An avid supporter of the military, the award-winning artist has since seen the idea evolve into CHATTANOOGA UNITE.

The day-long celebration will begin with an Armed Forces Parade at 2PM. The parade route will travel down Market Street to Aquarium Way to Chestnut Street ending at the Tennessee River with a performance on the esteemed Riverbend barge stage. Chattanooga native Samuel L. Jackson will serve as the official tribute emcee and Brantley will headline a free concert, concluding with fireworks. Special guests and event details will be announced as the event draws near.

In lieu of ticket fees, donations are encouraged through collection bins placed throughout the event. Funds collected will benefit The National Compassion Fund. For more information and to donate now, please visit: www.ChattanoogaUnite.org.