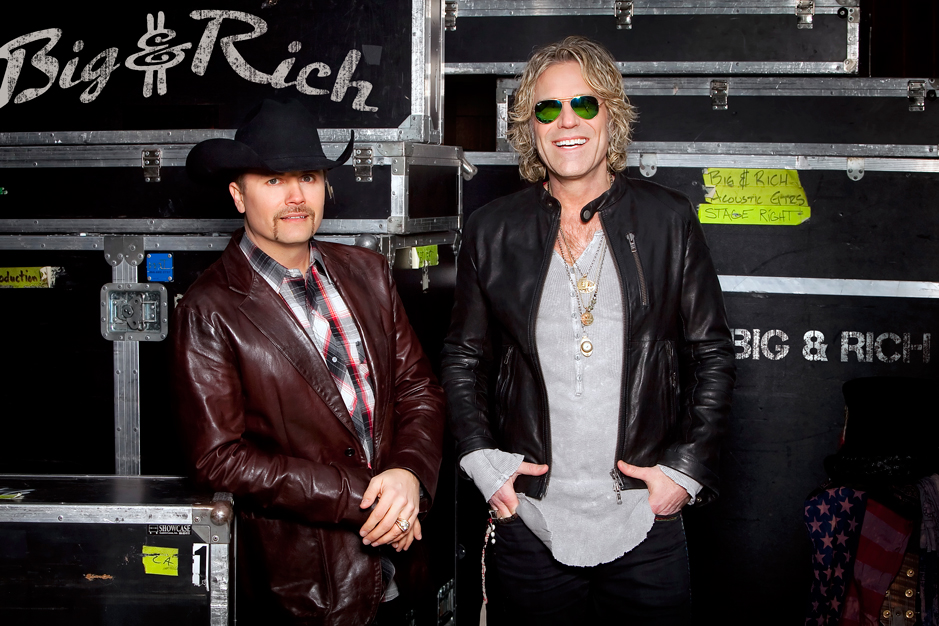 Known for their explosive live performances and instant party anthems, notorious rule-breakers Big & Rich show their softer side on the latest smash hit, “Run Away With You”, which is rocketing up the charts. From their fifth studio album, Gravity, the music video for “Run Away With You” debuted exclusively on CountryOutfitter.com.

Following the duo’s smash single “Look At You,” the new single was co-written by John Rich and his former protégé from The CW network’s ‘The Next,’ Michael Ray. The video was directed Lloyd Norman, who has also directed videos for Florida Georgia Line, Dallas Smith and more. The song is the second single release from the pair’s debut album on Big & Rich Records, a venture that has allowed Big Kenny and John Rich to stretch their creative legs.

“Having two real life Big and Rich fans who really are in love to star in this video is one of the coolest things I’ve ever seen! It was incredible to watch their journey and have them end up with us on stage dancing to ‘Run Away With You!’ Love it!”, said Rich

Big Kenny shared, “We were wanting this video to be a real special experience for a couple fans. This is their journey! They found LOVE – and their trip ended with a Big & Rich style throw down at the beach! Fun stuff all around. How cool is THAT?!”

Download “Run Away With You” on iTunes for a limited time for $.69 starting Friday, July 10!

Big & Rich and Holiday Inn Resort® have teamed up to give fans a chance to Run Away With Big & Rich! Tell us your story of how Big & Rich tunes helped you feel the love! Enter today for a one-of-a-kind vacation getaway to Pensacola, Florida! Trip includes a PRIVATE PARTY & PERFORMANCE by Big & Rich!

To enter, email bigandrichfanexperience@helloworldfulfillment.com with:
1. A little about yourself
2. Your Big & Rich style love story
3. Why YOU should win a trip to Run Away With Big & Rich!!