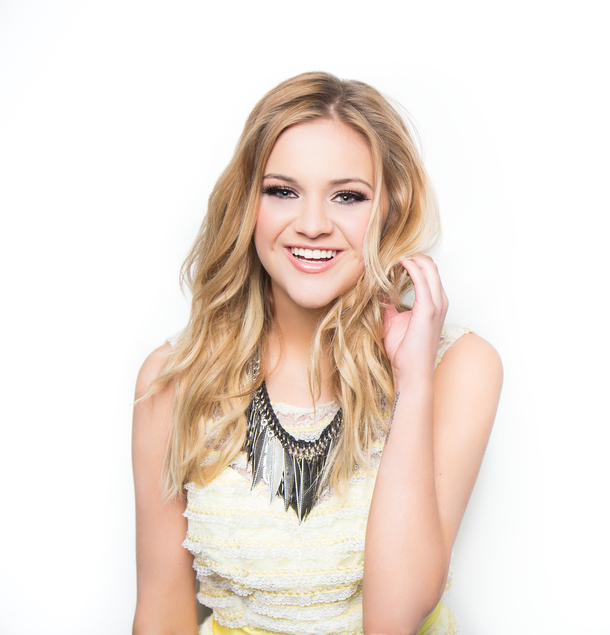 Black River Entertainment recording artist Kelsea Ballerini will take the Big Apple by storm this week with a round of media appearances, including a live performance of her record-breaking, #1 smash “Love Me Like You Mean It” plus other selections from her debut album THE FIRST TIME on FOX & Friends All-American Summer Concert Series this Friday (7/17) beginning at 6:00AM Eastern time, airing on the Fox News Channel.

Adding to the week’s excitement, she will play her first headline show in New York City Thursday night (7/16) at the Gramercy Theatre. This summer, Ballerini will continue hitting the road playing shows nationwide including major festivals, headline club dates and select stops on Lady Antebellum’s WHEELS UP Tour.

Praised by ROLLING STONE as one of the “10 Artists You Need To Know” from all genres and CMT’s Next Women of Country, Ballerini is on the rise with her #1, breakout debut “Love Me Like You Mean It” (Kelsea Ballerini, Forest Glen Whitehead, Josh Kerr and Lance Carpenter). The talented singer/songwriter is the first solo female artist in nine years to hit #1 with her debut country single and one of only eleven women to have ever hit the top of the country charts with a debut. Produced by Forest Glen Whitehead and Jason Massey, THE FIRST TIME debuted Top 5 on the Billboard Country Albums Chart.

Ballerini has been abuzz with shout-outs from superstars Taylor Swift, Little Big Town, Kristian Bush and TODAY’s Hoda Kotb and has landed on several 2015 “Ones to Watch” lists, including Billboard, Country Weekly, Rolling Stone Country, The Huffington Post, Radio.com, and Spotify.

THE FIRST TIME is available here.