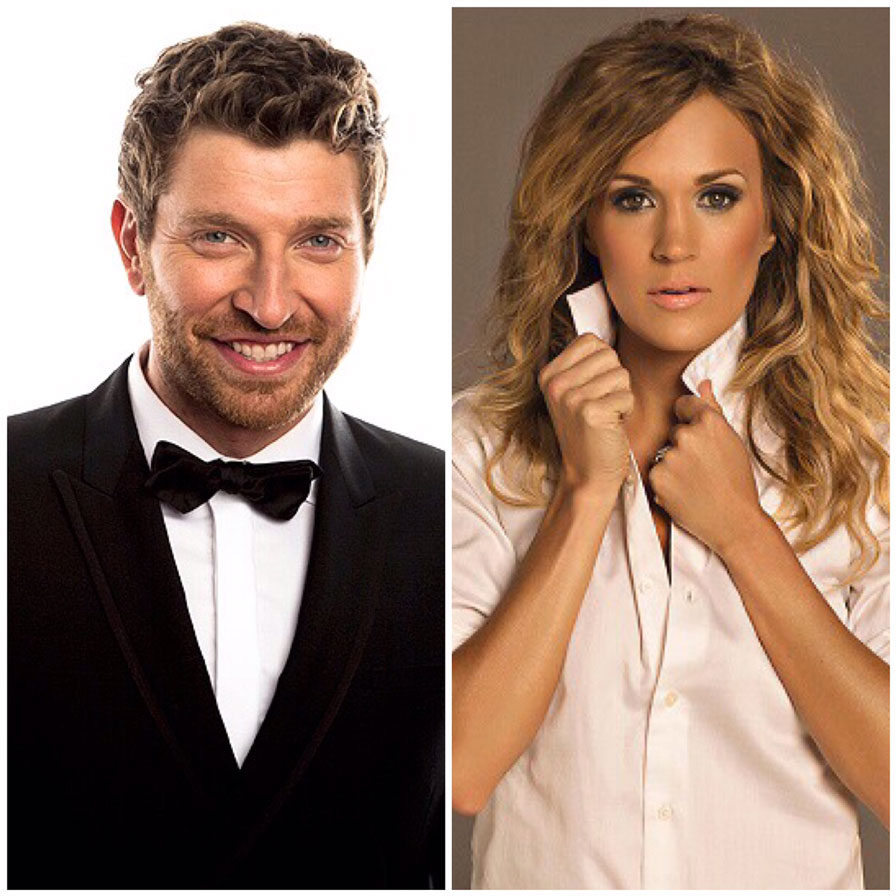 Brett Eldredge has already had several accomplishments in his career. His accolades include three consecutive #1 singles, certified platinum and gold singles, ACM New Artist of the Year award, and more. While Eldredge has reached many milestones already, he still has some items on his bucket list!

CountryMusicRocks caught up with Brett Eldredge recently to talk about all the new & exciting things going on for him, and we wanted to know what was still on his country music bucket list. “I’d love to sing with Carrie Underwood,” Brett revealed to CountryMusicRocks.net. “She has a big voice and it’s a soulful voice. I think we could make some magic in the studio, I think we could make something special.” There’s definitely no denying that. Their voices together would blend beautifully. Let’s keep our fingers cross that Brett can cross this off his bucket list in the near future!

Both bucket list items seem feasible, and we are wishing him the best on accomplishing these.

Brett Eldredge is currently at country radio with his latest single, “Lose My Mind.” The new track is the first release from his forthcoming sophomore album, ILLINOIS, set for releae September 11. Illinois is available now for pre-order on iTunes by clicking HERE.