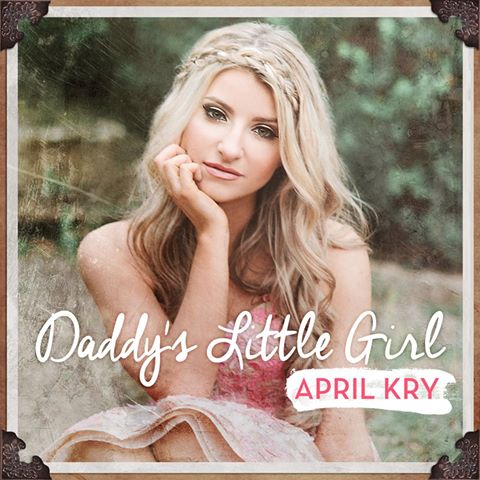 Country newcomer April Kry recently released her latest single, “Daddy’s Little Girl.” The new song is a special one for many reasons, especially with Kry’s vocals making a beautiful delivery.

“Daddy’s Little Girl” was written by Nick Jonas at the young age of 11, along with his father, Kevin Jonas Sr. When Nick’s father heard April’s cover of Martina McBride’s “A Broken Wing,” the perfect voice was found for the song.

Check out April’s message about the song here, and pick up “Daddy’s Little Girl” on iTunes now.

In addition to the new single, April Kry has been busy with her new web series – Tomato Talk. Women in country music have definitely been making a huge presence as of late, however, they are still under-represented and in many cases under-appreciated. April has taken this to heart and to the online community. Her first episode of Tomato Talk can be seen here.