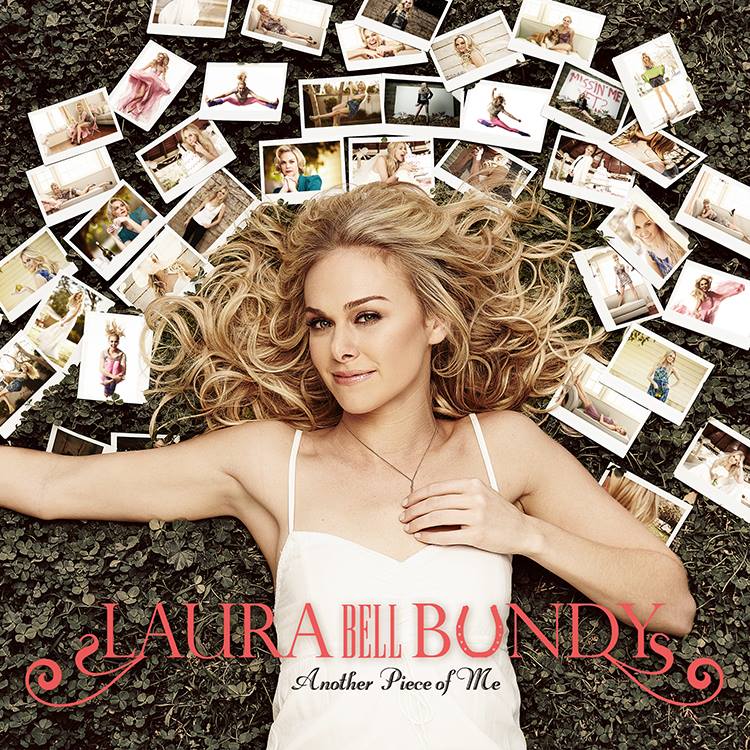 Laura Bell Bundy is set to release her brand new album, Another Piece of Me, on June 9.  The album features 15 brand new songs with more that half co-written and co-produced by the talented country artist. Bundy digs deep and gets personal with this new collection of music.

Laura Bell Bundy shared details with us about her new music as well as her involvement on the project, inspirations and so much more. We’re excited to see (and hear) Laura Bell Bundy on this new journey and anticipate a lot of great things heading her way.

CountryMusicRocks (CMR): You’re gearing up to release your new album, Another Piece of Me. Give us a little background and tell us about this new collection of music.

Laura Bell Bundy: This album is my most personal album yet. It’s about the many different pieces of me. Each song represents an aspects in my lifelong mosiac… the zany, playful, danceable, sassy side, the heartbroken, commitment phobic side and the side that enjoys looking at the deeper meaning in life. It’s kind of a journey down the road of my head and my heart.

CMR: It looks like you’ve been pretty hands on with this new album as you co-wrote & co-produced several songs on the album. Do you have a favorite moment that really stands out to you from working on this project?

Laura Bell Bundy: I have many, working on the chorus of “Two Step” on an airplane back from London with Andy Davis trying not to wake people up who were trying to sleep. Writing “China & Wine” with Natalie Hemby.. It was almost a spiritual experience, and so was the recording of that song. Nathan Chapman, all the musicians and I both felt the intensity of that moment… and we were all so connected to the emotion of the song together in the studio. Co-directing and producing the music videos with Becky Fluke was also a highlight. I love to add a visual aide to the music.

CMR: Women in country are starting to take a strong role once again in the genre. Who are some of your favorite country female artists that you gravitate towards and that have some influence on you & your music?

CMR: For folks still getting to know you, what is one thing that you would like to convey to country music fans about you & your new music?

Laura Bell Bundy: I just want to connect with them. Hopefully they feel like my music reaches them in an honest organic way. Whether it makes them want to dance or sheds new light on an uncomfortable subject. I hope to provide a service to them that improves their lives just a little.

Laura Bell Bundy: I would love to bring back the country music variety show like a modernized version of Hee Haw or the Barbara Mandrel show…

CMR: Music is consistently evolving & growing. In your opinion, what do you think separates country music apart from any other genre?

Pick up Laura Bell Bundy’s new album ANOTHER PIECE OF ME on iTunes HERE.