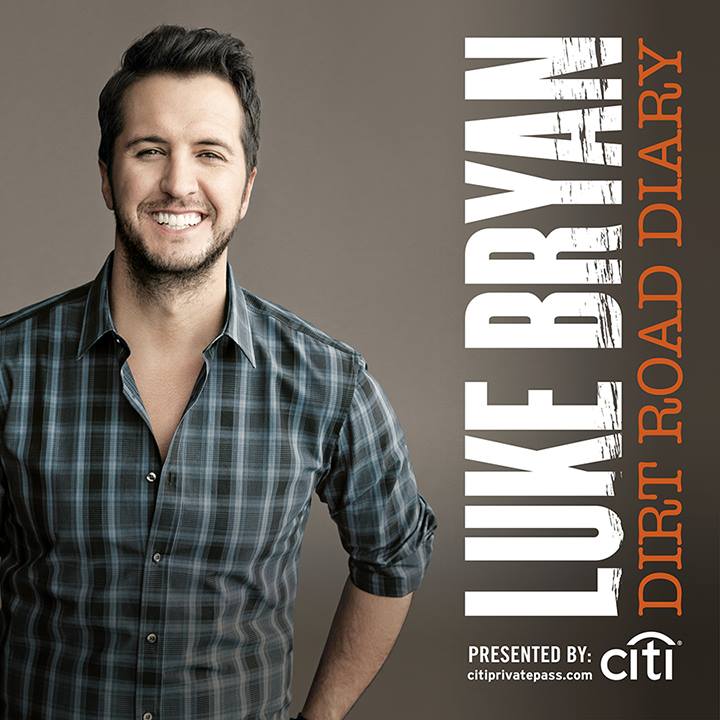 The Country Music Hall of Fame® and Museum will explore the life and career of reigning CMA and ACM Entertainer of the Year Luke Bryan with the summer exhibition Luke Bryan: Dirt Road Diary presented by Citi, which opens May 22 and runs through November 8.

Opening weekend festivities will include a songwriter session on May 23 at 2 p.m. featuring Ashley Gorley and Rodney Clawson, who’ve written many #1 hits for Bryan. Family programming at 12:30 p.m. on May 23 will give visitors a chance to design their own album covers, inspired by Bryan’s work. Additional programming planned for the exhibition’s run will feature a performance August 1 by the Peach Pickers (Rhett Akins, Dallas Davidson, and Ben Hayslip). The songwriters’ collaborations have yielded a string of #1 singles for fellow Georgian Bryan. And a conversation with Bryan’s producer, Jeff Stevens, will be part of the museum’s Music Masters series, on August 8. Visit countrymusichalloffame.org for details.

Luke Bryan: Dirt Road Diary will examine the singer-songwriter’s roots and rise to stardom. The son of a peanut farmer, Bryan was born and raised in a small town in Georgia, where he grew up fishing and hunting, singing in the church choir, and playing baseball. His parents gave him a guitar when he was fourteen, and soon Bryan was writing songs and leading his own band. It took him twenty years of hard work and perseverance, but he is living his childhood dream.

For the exhibit, Bryan has loaned the museum a wealth of artifacts to represent his life and career. Highlights include:

– Little League baseball uniform and glove
– Second grade school backpack and denim jacket
– First guitar, which his parents gave him when he was fourteen
– A script from his high school production of Annie Get Your Gun, in which he starred
– Handwritten lyrics to his 2014 chart-topping single, “I See You”
– Stage props from his Spring Break concerts
– Tour posters
– Stage clothes worn by Bryan at concerts and awards shows
– Music awards, including trophies for his ACM and CMA Entertainer of the Year wins
– Bow and arrows used by Bryan on the Outdoor Channel reality series Buck Commander: Protected by Under Armour.