Kenny Chesney was a scrappy East Tennessee kid who wasn’t afraid to chase a dream. Along the way, the songwriter/entertainer covered a lot of ground – from county fairs and beer joints to multiple nights in NFL Stadiums, as well as producing Willie Nelson, writing with the Wailers, recording with Grace Potter, Dave Matthews and Joe Walsh. Rolling out of St Louis, Mo. to Des Moines, Iowa, the man The Los Angeles Times called “The People’s Superstar” saw his original tour bus roll over 1,000,000 miles.

“Talk about heavy,” he laughed. “We were on Interstate 64 headed west, just passing exit 24 – and all those zeros just rolled over. It was a used Silver Eagle when I bought it – and the bank had no business lending me the money ‘cause all I owned was a little pickup and my guitar. But I knew if I owned my bus, we could keep doing this, keep bringing the music to the people!” 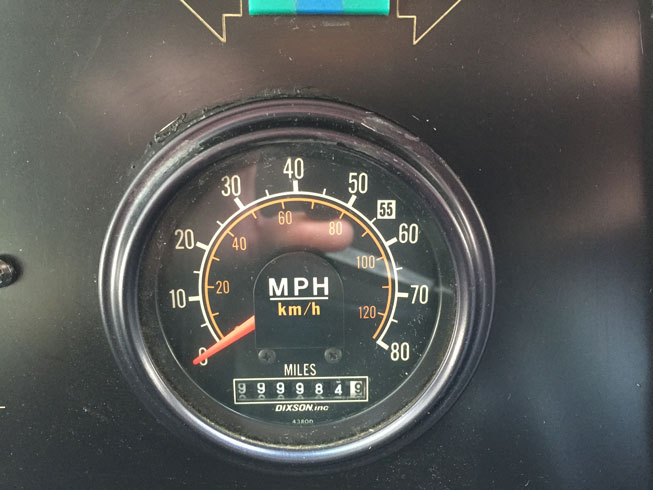 The white Silver Eagle is the subject of “If This Bus Could Talk” on Chesney’s 13th No. 1 The Big Revival. The piano-grounded ballad captures the essence and innocence of the road through the headlights: “He’s seen pool halls in Texas/ And every corndog county fair…Late night conversations, full of drunk philosophy/ On politics and religion, football and family/ The loved ones that we missed and the lovers that we lost/ Oh the secrets he could share, if this bus could talk”

“I always thought it was important, no matter what happened, to keep Moby on the road. He’s seen it all – and it reminds me and the guys who’ve been here from the beginning where we came from. Right now some of the No Shoes Radio folks and the tech people are riding it, but we park it right up front… and everybody who walks by just smiles.”

He also doesn’t slow down. Beyond buying a bus to stay on the road during the lean years, he will surpass 113 NFL Stadium shows this summer – and has already sold in excess of a million tickets. This weekend at Arlington’s AT&T Stadium, the high velocity musician rocked 47,265 people. The Fort Worth Star Telegram raved, “A simple, direct man singing of things both complicated and not, but who has fostered such a deep, intense connection with his audience… Chesney’s The Big Revival tour effectively and effortlessly used the cavernous stadium, creating a startling sense of intimacy,” while The Dallas Morning News offered, “Chesney was a nonstop dynamo – two parts Mick Jagger, one part Bruce Springsteen, one part Billy Graham.”

Scoring four CMT Video Music Awards nominations for Video, Male, Collaboration,CMT Performance, Chesney is currently cresting the Top 5 with “Wild Child,” his duet with hippie rocker Grace Potter. With a weekend run that includes Austin’s Austin 360 Amphitheater, Houston’s Compass Stadium and Baton Rouge’s BCS Superfest, there’s plenty of highway in front of Chesney – and Moby. And that’s just the way they like it.