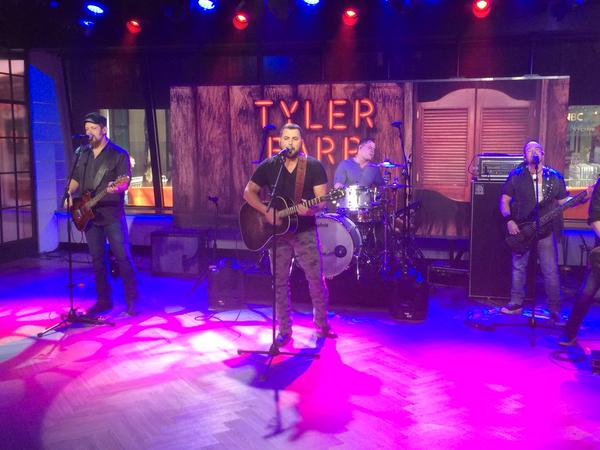 Tyler Farr’s new album, Suffer In Peace, is now available. The Missouri native celebrated the release of his sophomore album with appearances on Fox News’ morning show Fox & Friends, an intimate concert for CMT’s Listen Up and NBC’s TODAY, where the hosts of the show surprised Farr with a plaque to commemorate the RIAA Gold certification of his first radio single off Suffer In Peace “A Guy Walks Into A Bar.” Following the presentation, Farr performed the hit song live in the studio.

The man Entertainment Weekly calls “Country’s King of Heartbreak” topped off his release day (April 28) with a special album release concert for fans in the New York City area at Irving Plaza.

To round out Suffer In Peace release week, Farr will travel to Detroit and Chicago for more appearances surrounding the new album’s release and then will finish the week in Austin, TX on Saturday, May 2 for the iHeartRadio Country Festival.