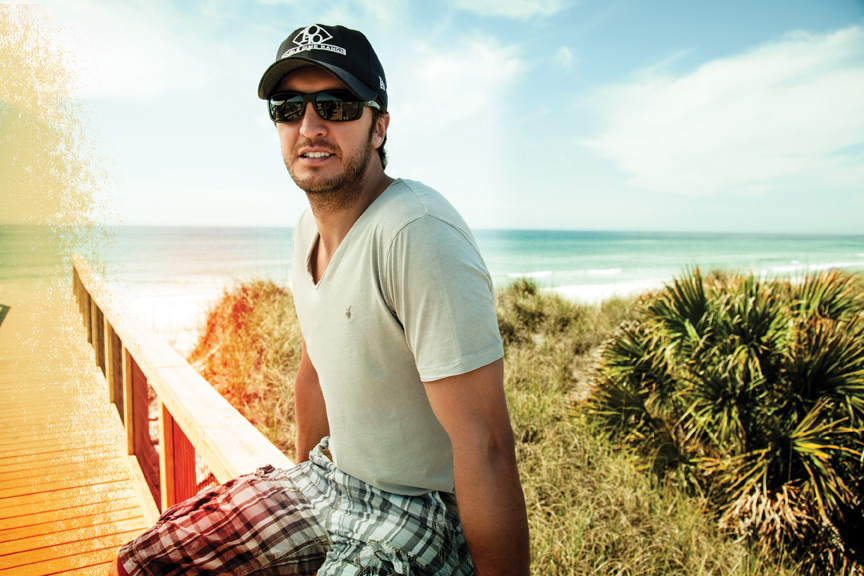 The television special, which includes exclusive interview content and performance footage from this year’s spring break concerts as well as all seven previous years, was filmed by Fly High productions and directed by Michael Monaco.

Luke’s spring break albums and concerts began in 2009 as a way to get new music out to Luke’s fans between studio releases.  This year’s release, Spring Break…Checkin’ Out, debuted at No. 1 on Billboard’s Country Albums Chart and No. 3 on Billboard’s Top 200 with sales near 89k, making it his second consecutive spring break album to debut at No. 1.  Sales of Luke’s combined seven spring break releases now exceeds 1.2 million.

Luke heads into the 50th Academy of Country Music Awards this month as a co-host and with four nominations- Entertainer of the Year, Male Vocalist, Song of the Year (“Drink A Beer”) and Vocal Event (“This Is How We Roll”) with Florida Georgia Line.  This is his third consecutive year to co-host with Blake Shelton, broadcasting live on April 19 from AT&T Stadium in Arlington, TX on the CBS Television Network.